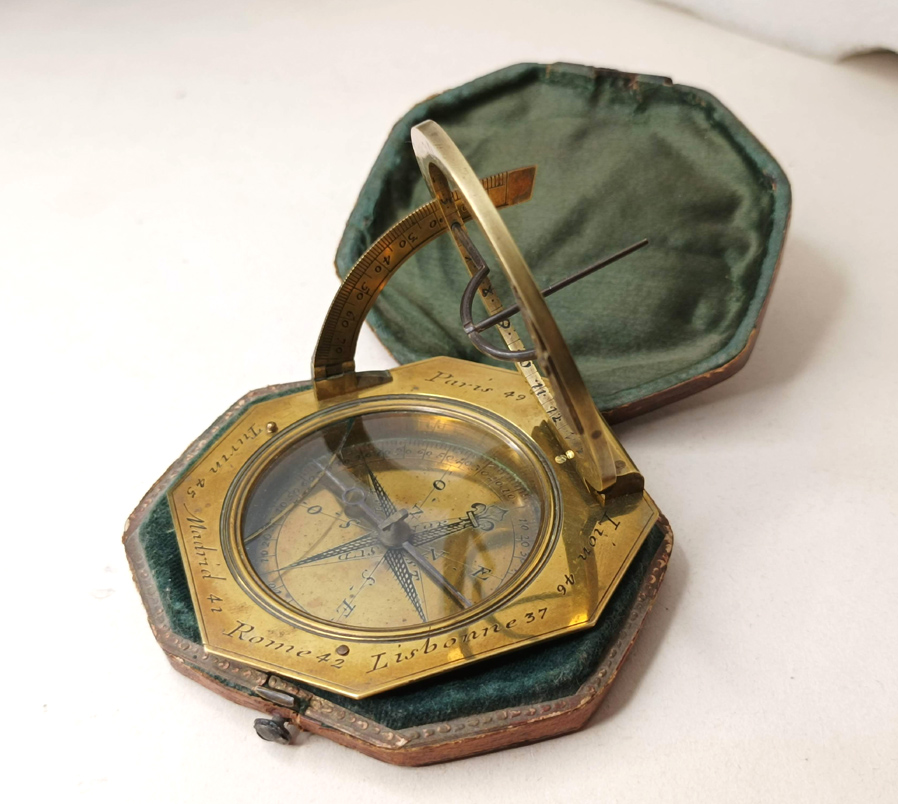 Octagonal brass plate with a list of 28 localities with latitudes.

Signature: “Butterfield a Paris” on the arc of degree

Michel Butterfield (1674-1722) was a well-reputed Englishman who came to France under the reign of King Louis XIV as a mathematical instrument maker. He became one of the most skilled maker of his time and gave mostly his name to a peculiar pocket sundial, very widespread during hal a century onwards.

Alpha et Omega is a recently established firm, based in Milan, Italy. We specialise in antique Scientific Instruments and rare Books to supply collections worldwide. Focus is given to optical and time-related instruments, especially before the Industrial Revolution but we are also interested in rare-to-find scientific and natural items and wunderkammer objects. Alpha et Omega also deals in rare books related to Early Science and Scientific Instruments. Please feel free to contact us for individual requests or desiderata.