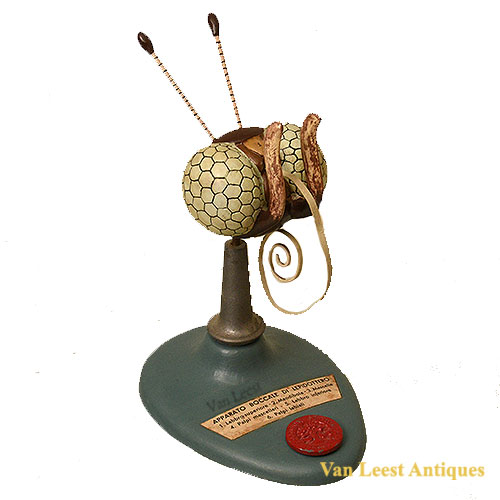 Butterflies, chaps or scale insects (Lepidoptera) are an order of winged insects. The order of butterflies is, after the orders of Hymenoptera, Hymenoptera and beetles, the largest insect order within the animal kingdom: there are approximately 160,000 described species. Butterflies live in a variety of biotopes: from cold tundra to desert-like areas. Most species live in tropical or subtropical areas.

The head of a butterfly is relatively small compared to that of other insects and has a number of characteristics that are also found in other insects, such as clearly visible antennae and two compound eyes.

The compound eyes or facet eyes are the most important visual organs. They consist of many small eyes, the ommatidia. These eyes are only found in adult butterflies; the caterpillars have small groups of eyes (usually six), which are not placed against each other, but are spread over the sides of the head.

The antennae of all butterflies carry highly sensitive chemical receptors that serve to detect food and especially a partner.

An important difference with most other insects is the lack of biting or chewing upper mouthparts (mandibles) and the galea, which has been converted into a long tube. The suction tube or proboscis is also called haustellum or rolling tongue in butterflies. This rolling tongue is used to extract nectar from the tubular petals of flowers. The tongue can be a few centimetres long and of some species, such as the mealybug, it is known to reach a length of about 15 centimetres.

The rolling tongue is located between the well-developed labial palps, which are often erect and hairy and clearly visible in most species. As soon as a butterfly lands on food, it tastes it immediately as butterflies have taste receptors in their legs. The rolling tongue is stretched out in a reflex, this is done by four muscles in the proboscis, also the blood pressure is increased.

These are the special parts of the butterfly’s head, some of which are also named on the foot of the model. An anatomical model of these butterfly mouth parts was made in the early 19th century and published by the company G.B. Paravia & Cia., which was founded by Giovanni Battista Paravia in Turin, Italy in 1902.  Dimensions: 23 x 17 x 13 cm.

If you are interested, have a look at the other models that are in this set. These are all shown in our catalogue or you can go to our site: www.vanleestantiques.com. (3/4)