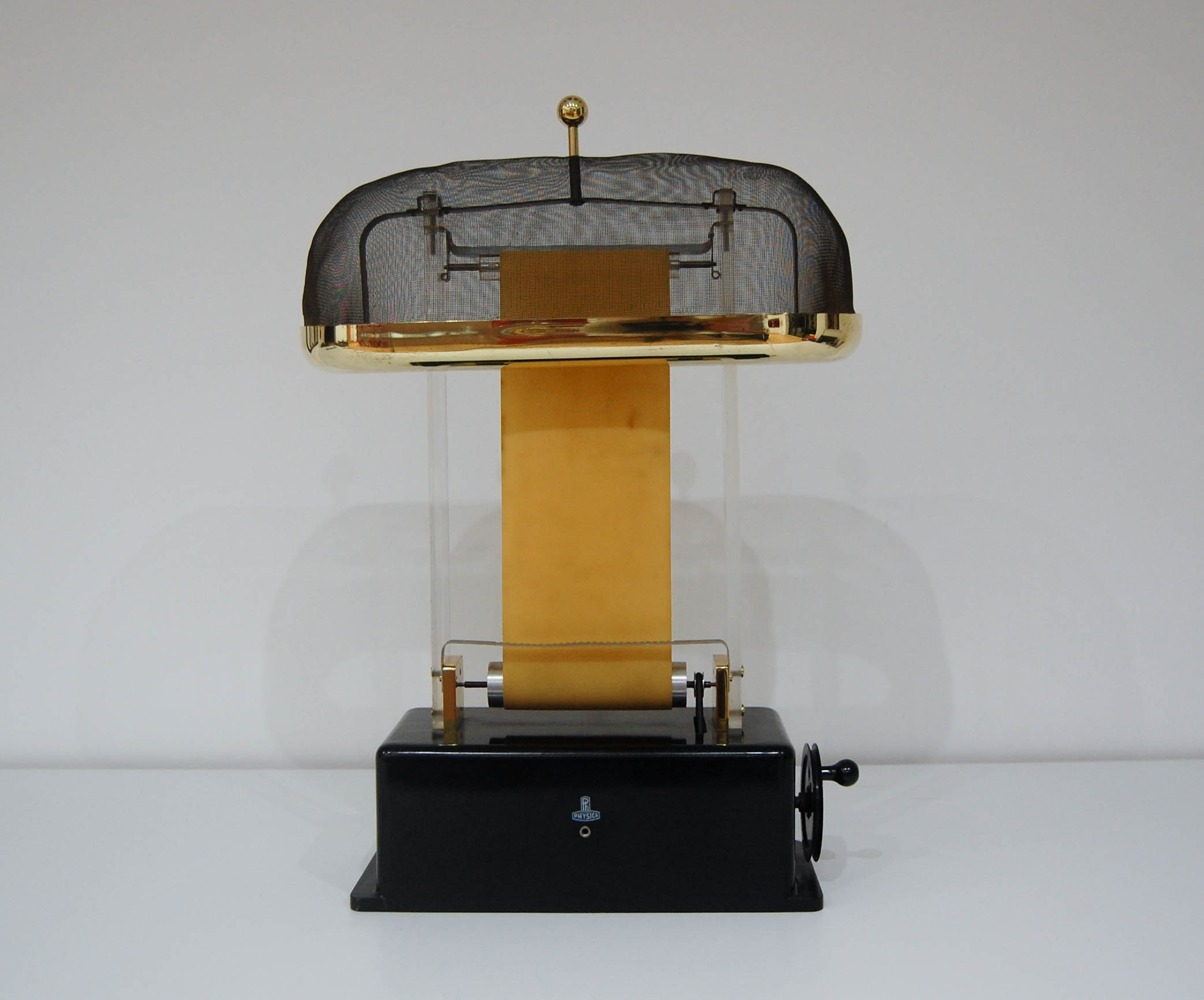 This rare and early example is comprised of a Bakelite rectangular base with input to the front for an additional discharge wand and the manufacturer transfer to the front stating “Physica”. It has a circular handle incorporated to the side with a groove cut out in order to attach the generator to an external motor.

Two lucite struts support the upper and lower rollers which hold the natural rubber belt and a set of combs is attached at the top above the upper roller and another at the side of the base roller. The unusual and early type domed hood is formed from a brass tray with a metal gauze material.

The Van Der Graaff generator works by means of the rubber belt moving over two rollers comprised of differing materials each with a comb, the top one connected to the hood and the bottom one connected to earth. Owing to the different materials of the rollers, the movement of the belt causes the transfer of electrons. The bottom roller will be negatively charged and the top positively charged. The excess positive charge is subsequently accumulated on the outer surface of the dome and builds up very large amounts of charge. If a wand was attached to the instrument at this point and offered up to the dome, then the electrons drawn up from the ground would be attracted to the positive charge in the dome and spark would be generated.

The original machine was invented by physicist Robert J. Van de Graaff at Princeton University and marked the beginning of nuclear research for the civilian applications. It is however, best known for its use as a scientific demonstration tool where the static is used for making people’s hair stand on end or for creating sparks in a similar vein to its earlier counterpart the Wimshurst machine.

This example owing to its style of manufacture is an early demonstration model and is probably of Italian origin. I have found none that are outside of museum or University collections.