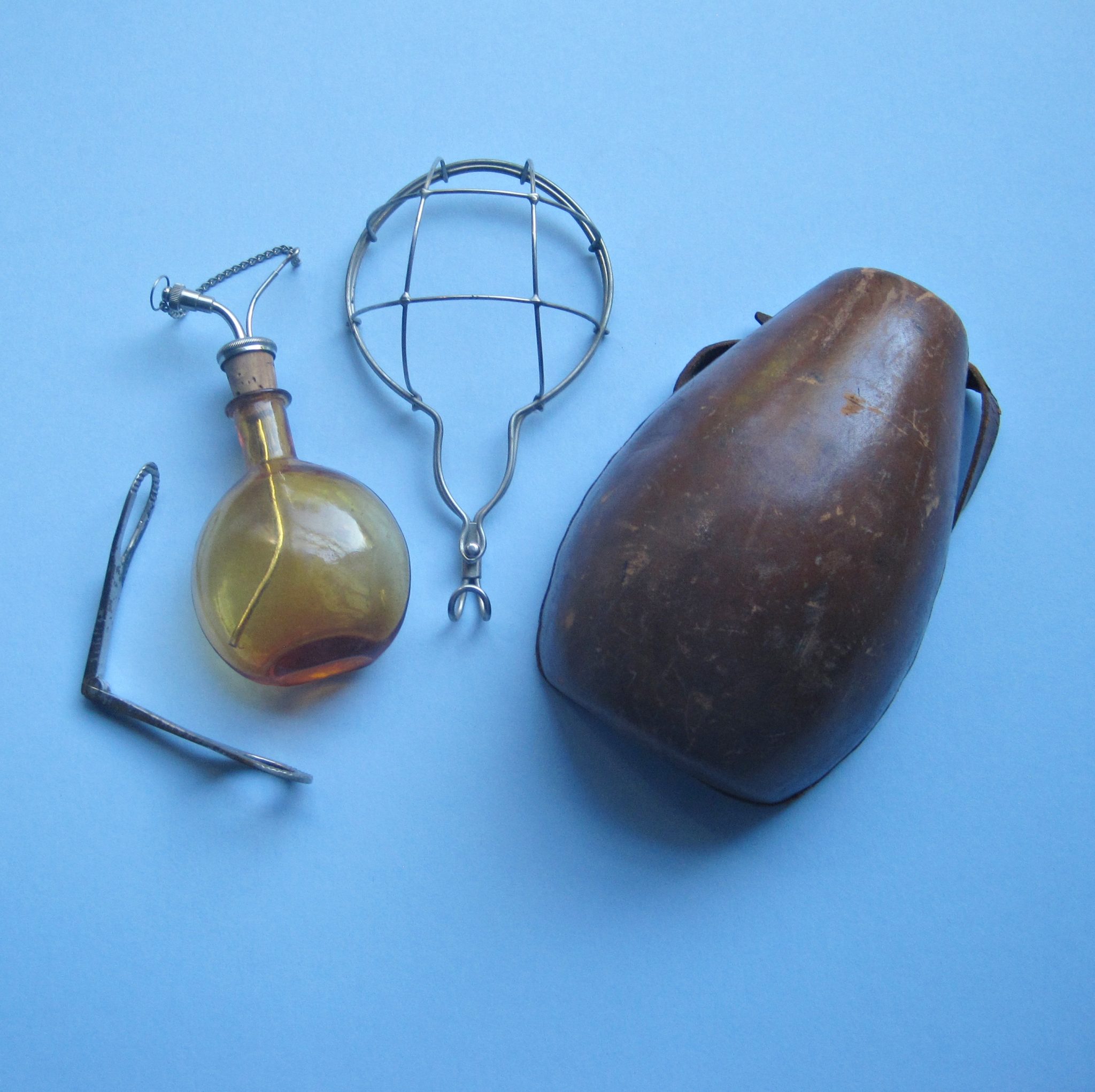 “German surgeon Friedrich von Esmarch (1823-1908) introduced this inhaler in 1877. Cloth was stretched over the wire frame, providing a large surface for evaporation.  Chloroform was dripped onto the cloth until the latter became saturated. More chloroform could be added as the agent evaporated.  At the same time, the frame keeps the soaked cloth from touching the patient’s face, preventing skin irritation.  Packed together with a chloroform flask, gauze and a pair of scissors in a leather case with a shoulder strap, this was intended for use on the battlefield.   Esmarch kits are believed to have been used by German military forces as late as World War II.  The Esmarch mask was also popular for civilian use around the world, and was available in U. S. catalogs as late as the 1950s.  Just as this was developed from an earlier invention, many later masks were modifications of the Esmarch.  The most famous of these was the Schimmelbusch Mask.”

The Wood Library’s example has a scissor but these kits typically had a tongue depressor or tongue forceps. Ours has the former and it is signed  by OTIS CLAPP & SON, a Boston pharmaceutical firm, founded in 1840. Overall condition is very good noting that the tongue depressor has lost plating and the leather grasping tab on the case is gone. There is some wear evident on the edges of the case as well.