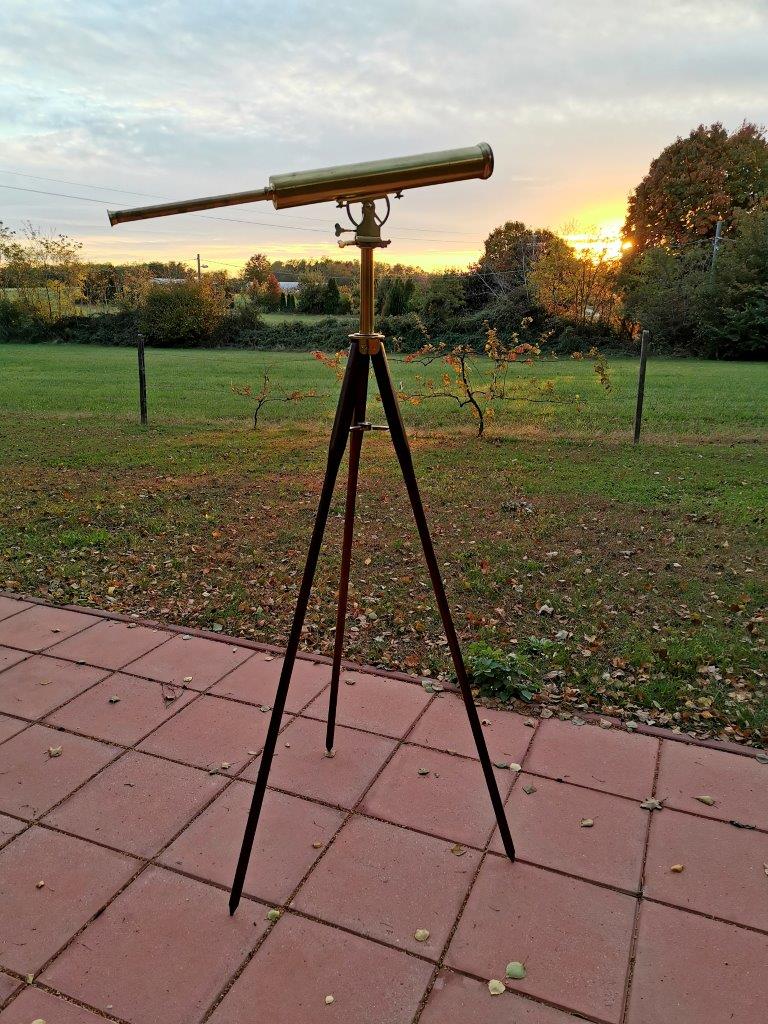 Here we are dealing with a very rare achromatic refractor telescope produced by Watkins, as his reflection telescopes much more known than refractors.

Furthermore, to make this telescope even more rare and historically interesting is the fact that it mount  a triplet achromatic objective lens.

Anyone who knows the history of the telescope with achromatic lenses, knows that it was John Dollond who patented it, after learning that a lawyer with a passion for optics Chester Moor Hall had already developed in 1733 with the help of optician George Bass, the first achromatic lens by coupling two glasses of different refractive index called “Flint” and “Crown”.

What some do not know is that Watkins and Dollond were in co-partnership for a certain period of time.

After the death of John Dollond (1761) which occurred a few years after starting the production of achromatic telescopes, (1758) he was succeeded by son Peter.

A short time later Francis Watkins and Peter Dollond separated,  Dollond liquidated Watkins from the co-partnership with a large sum of money and retaining the patent for the production of achromatic telescopes.

Watkins, however, continued himself the production of telescopes with achromatic lenses in defiance of the Dollond patent.

A legal dispute ensued that ended after a few years to prove Dollond right.

This could be also  one reason why it is “easier” to find reflecting telescopes made by Watkins instead than  refractors telescopes.

Peter Dollond continued his research to improve the quality of achromatic lenses, arriving a few years later to develop a type of lens called, “triplet” (still in use today) which consisted of pairing three lenses instead of two.

It is unclear whether Watkins completely stopped manufacturing  telescopes with achromatic lenses in the following years, or he bought achromatic lenses form Dollond. (this may not be, given the bad history between the two)

The discovery of this telescope signed Watkins which mount a triplet achromatic lens in my opinion makes this instrument both a historical and a collector’s rarity.

In very good condition structural and optical; original laquer, on the original tripod .