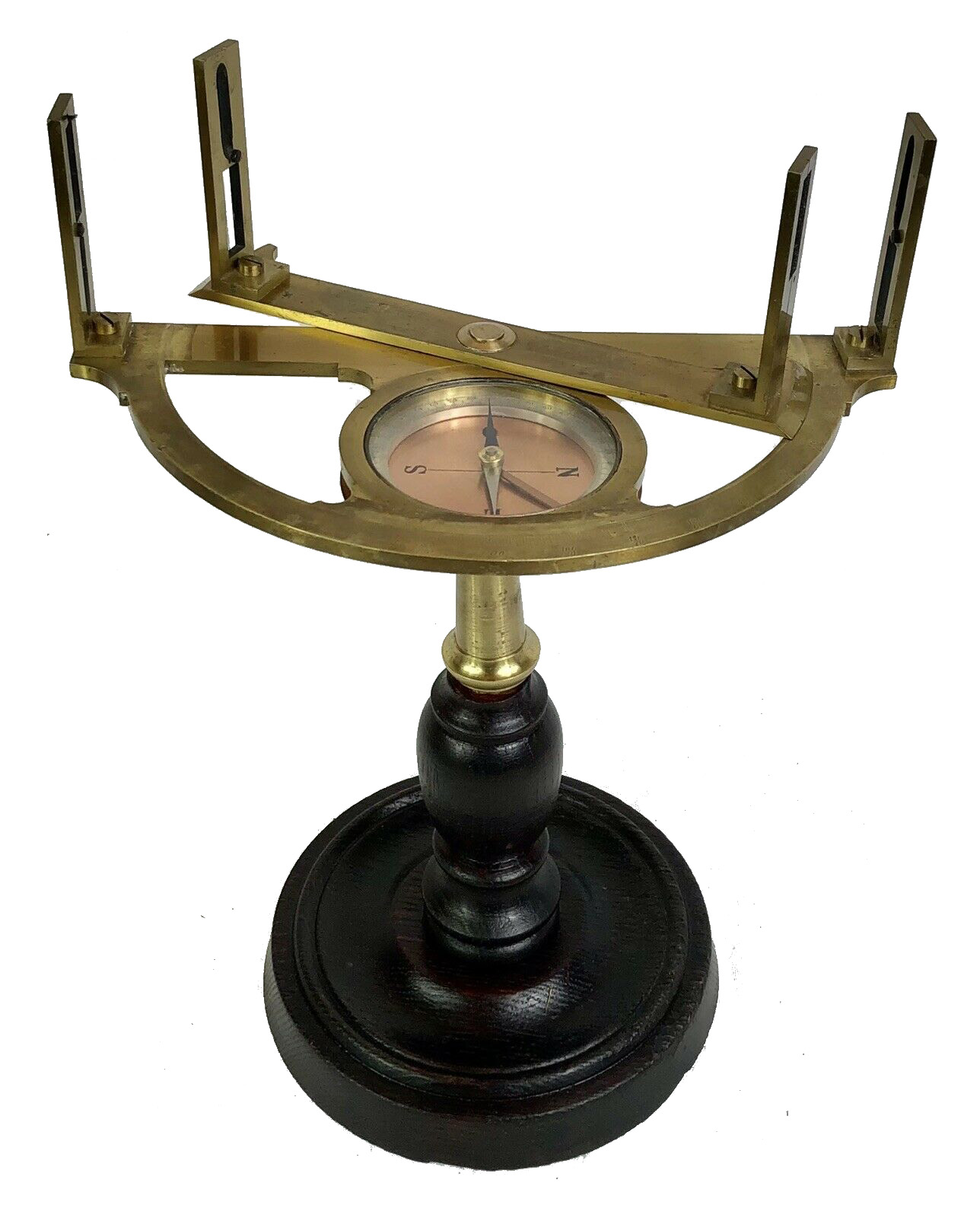 Graphometer or semicircle is a surveying instrument used for angle measurements. It was used by cartographers and hydrographers to measure horizontal and vertical angles, similar to the later theodolite, which evolved from it. The form was introduced in Philippe Danfrie's, Déclaration de l’usage du graphomètre (Paris, 1597). During the 19th-century, graphometers had telescopic rather than open sight alidades, later developed into the theodolite

The fine unsigned ca. 1780 graphometer offered here is preserved in excellent condition. Whilst flat, the overall height is 33cm, to the top of the arms. Width is 22cm, depth is 19cm. Base diameter 16cm approx.

NOTE TO  BUYERS: Until the end of August, I will be staying in Italy (to end a half year’s sabbatical). Previous attempts to ship items to buyers from outside the EU often faced the (in)famous service of the Italian post. Therefore, if you live outside the EU Schengen zone and wish to buy an item listed here, please do, but be aware that shipping will be made to you during the first week of September. Buyers from within the EU will receive their instruments as usual.

I am sorry for this inconvenience,