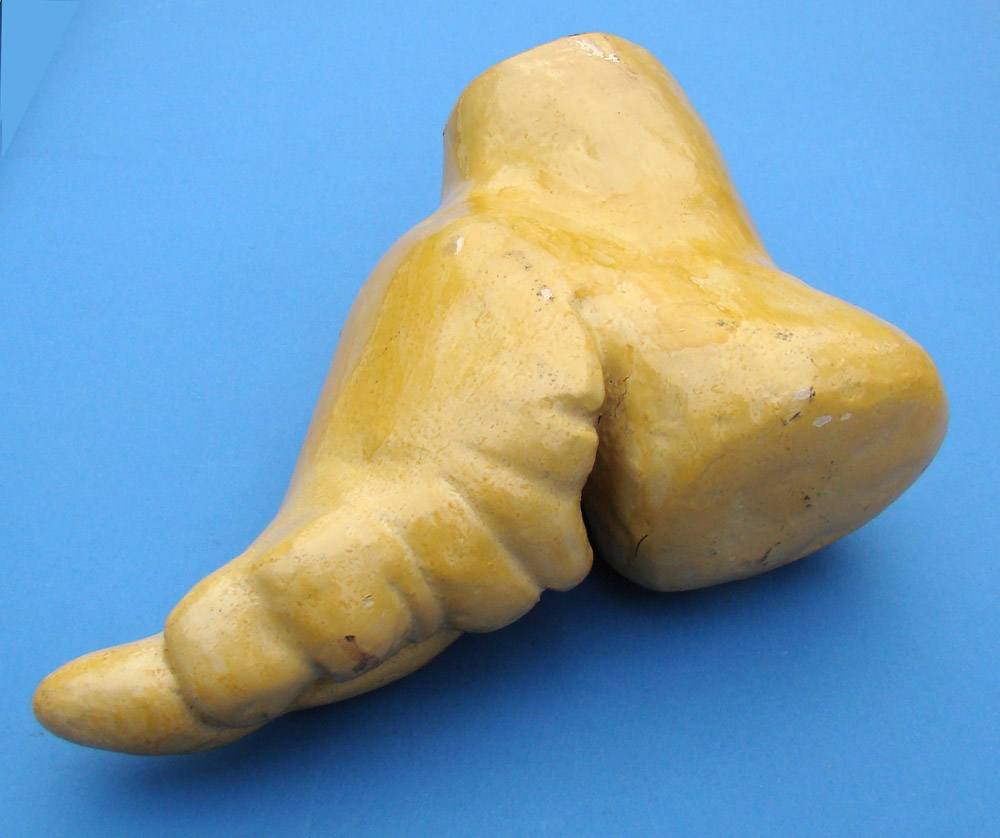 For sale, a life size model in plaster of a left foot, deformed as a result of binding. This process was practiced in China from the 10th century until the 20th. The resulting foot shape was considered desirable and beautiful.

FOOT-BINDING IN CHINA, first half 20th century, this life-size cast (or model) of a foot measuring 6-3/4″ (17 cm) long, formed apparently of hard plaster with a heavy shellac coat. It is a left foot, and shows the large toe extending forward, the other toes curled under the foot as grown during years of constant tight binding. Condition is very fine.

This particular object was acquired in China, probably in the second quarter of the 20th century, by a Western physician who traveled and worked there. The process of foot binding was practiced in China, especially among the upper classes, from the 10th century onwards until banned in 1912. One estimate is that a grand total of two billion women had had their feet bound. The process was painful, involving breaking the bones of the arches and toes of the young girl’s feet, then keeping them tightly wrapped as they developed. The resulting “lotus” shape was considered highly desirable, an object of beauty and the cause of the sexually attractive “Lotus Gait” swaying walk that resulted.