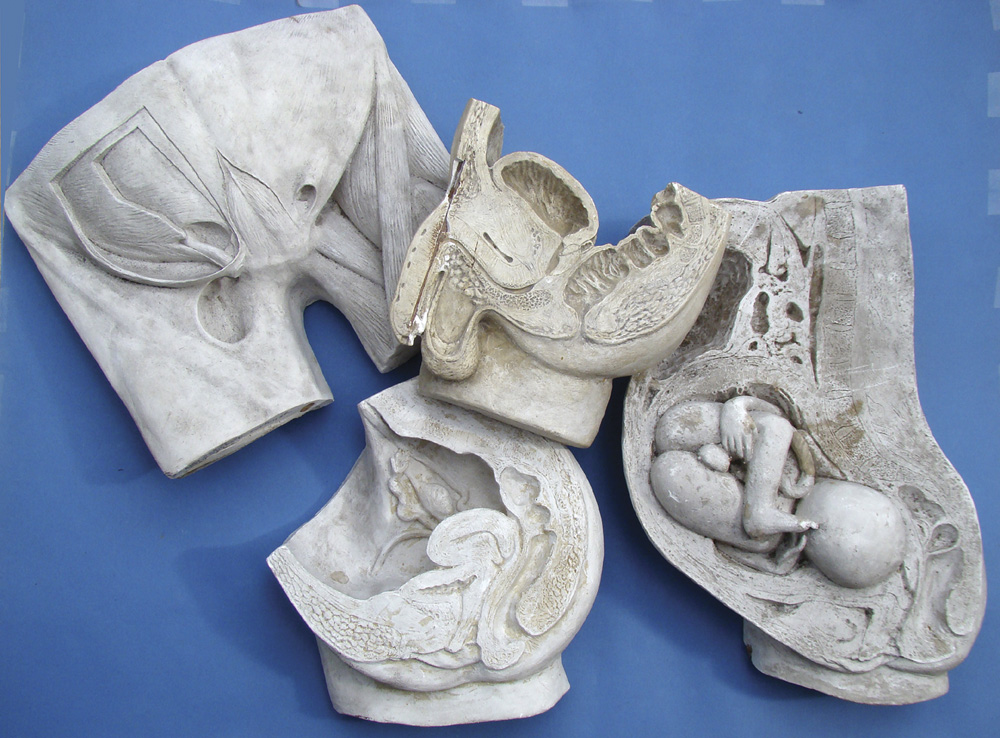 FOR SALE: FOUR PLASTER MODELS OF THE HUMAN REPRODUCTION SYSTEM, attributable to Dr. Fortunato, a famous model maker of the early 20th century. These models present the human reproduction systems as well as a model of a pregnant female.

–a pregnant female with well-developed fetus.

Probably designed for medical school instruction, these are graphic two / three dimensional sculptural objects.  Condition is fine noting a few chips to the male model, and a few stains.

Penciled notes on the plaster attribute the models to Dr. Vladimir Fortunato, physician and modeler, born in 1885 in the Crimea.  Educated at the University of Moscow, he worked for the Moscow Medical Museum as a sculptor of anatomical models.  As a 1921 immigrant to the U.S., he continued this career at the Johns Hopkins University, and was called upon to make the death mask of President Woodrow Wilson.  At the time of his own death, in 1938, Fortunato was busy preparing models for the 1939 World’s Fair, for exposition in the impressive Medicine and Public Health building.  Fortunato’s other claim to fame is as the inventor/producer of the vibrating dildo, in 1937.  One notation on the plaster reads “V. Fortunato after Spaltholz,” referring to Dr. Werner Spaltholz, author in the 1920’s of the major Hand-Atlas of Human Anatomy. $4500./ the set