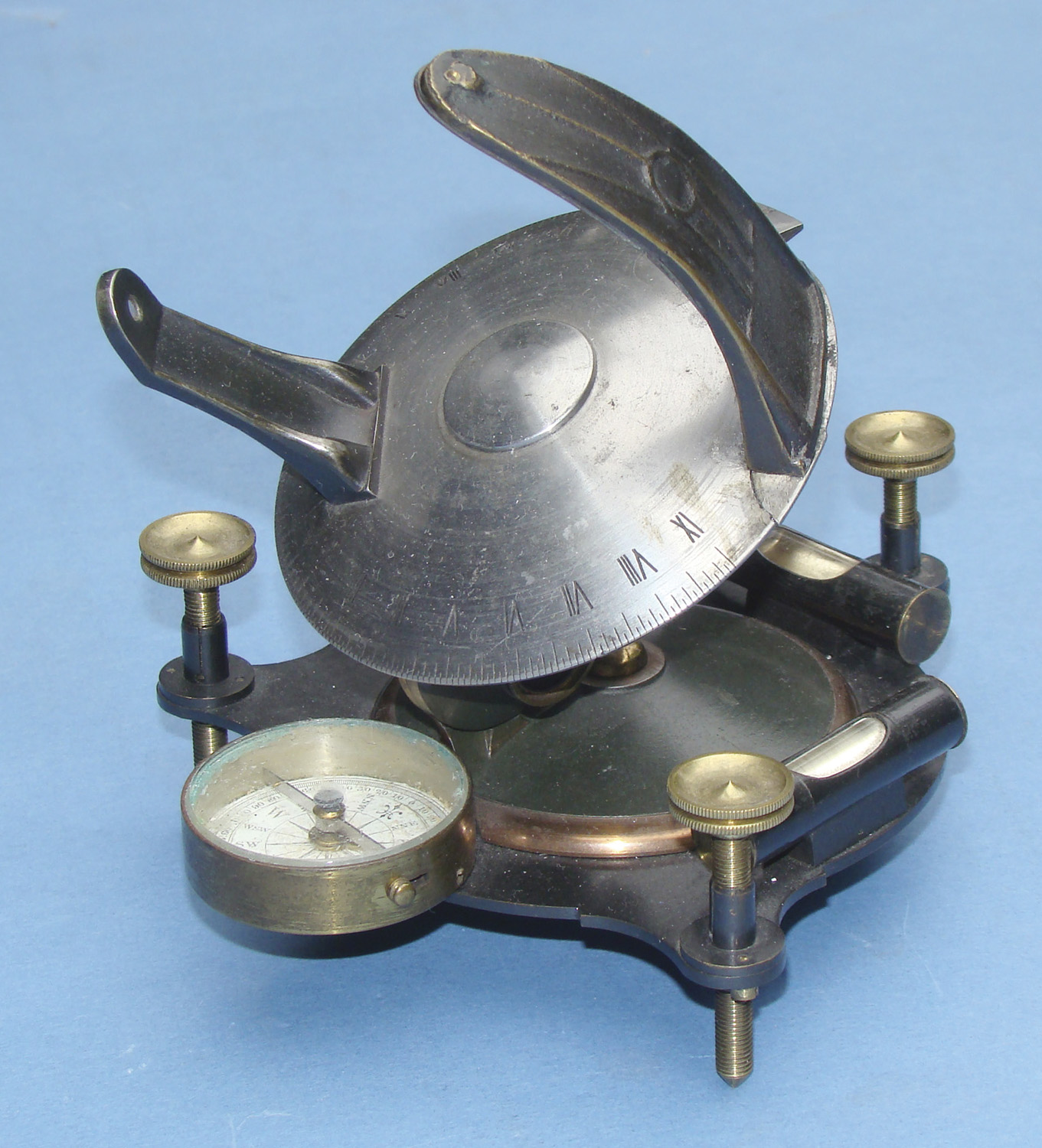 For sale, this unusual antique miniature, functional instrument which, by leveling, orienting north, setting to one's latitude, and rotating until the sun's image falls on the date, the time indicated is mean solar time.

MINIATURE HELIOCHRONOMETER, probably French for the English market, second half 19th century, signed “J. Somalvico & Co., 2 Hatton Garden, London.” Finely made of silvered, chemically darkened, and bright lacquered brass, this precision sundial has a round base with three leveling screws, crossed spirit levels, glazed compass with paper rose (in English), edge bar needle and needle lifter, tiltable and clampable dial support (for setting the latitude), and 3″ (8 cm) diameter domed chapter ring plate divided every five minutes from 3am to 9pm, with one-minute vernier. This rotating dial plate is fitted with a simple lens on bracket support, and with a target engraved with an analemma divided every fourth day throughout the year and labeled in French with months and seasons. Condition is fine except for two old repairs, one to an edge chip and one to a break in the analemma.

To use the heliochronometer, after leveling, orienting north, and setting to one’s latitude, one rotates the dial plate until the sun’s image falls on the date. The time indicated is then mean solar time, automatically corrected for the “equation of time” (i.e, for the difference on that date between the apparent and the mean position of the sun, resulting from the ellipticity of the Earth’s orbit around the Sun). We have seen a very similar but larger one (6″ diameter chapter ring) labeled in French and signed “Molteni” for the Paris maker of scientific apparatus, another for the Russian market (Tesseract Catalogue 69 item 14). A handsome, unusual miniature instrument, in fine functional order.