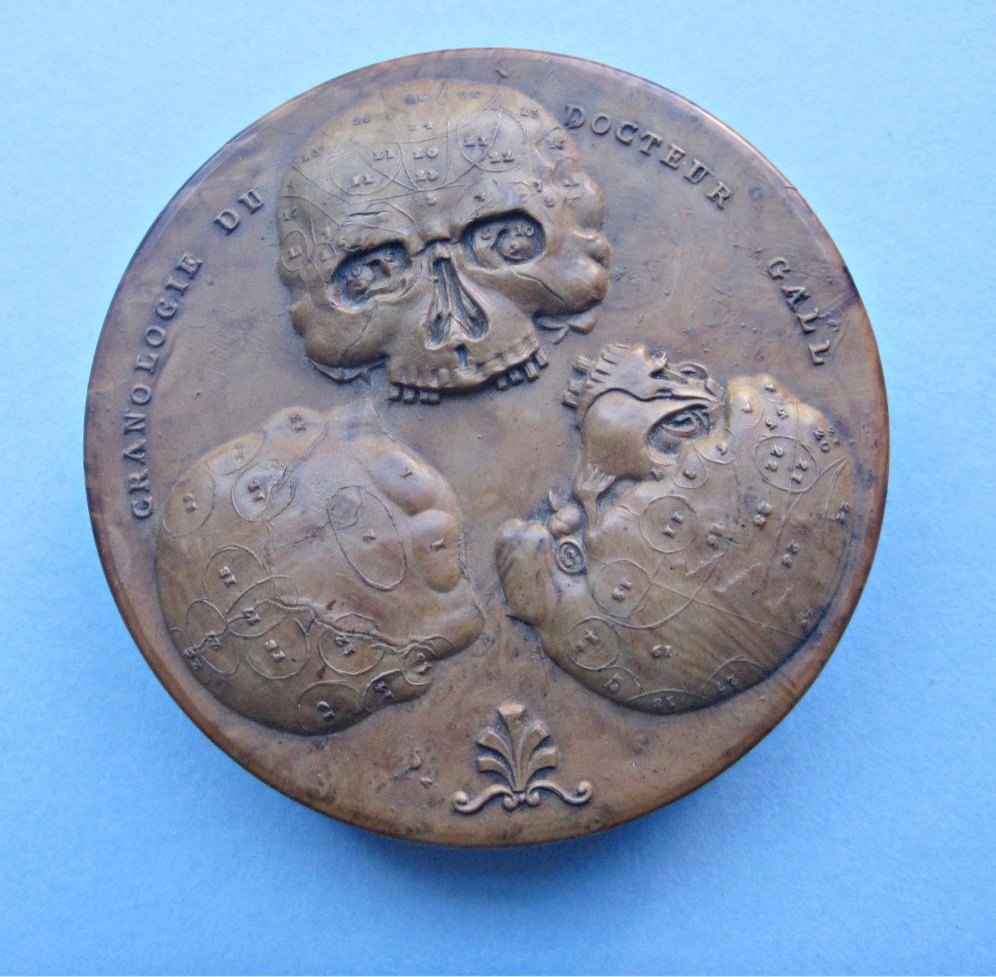 A fine pressed burr ( aka: burl) wood Dr. Gall’s snuff box with the interior lined in shell. French in origin and first quarter of the 19th-century in date. The lid titled “Cranologie Du Docteur Gall”, showing three different views of the skull with each area numbered in acordance with with Gall’s phrenological theory.The base provides a key to the 27 faculties on  the front and is titled : “System Des Organes Cerebreaux Du Dr. Gall. Condtion: crisp, with little evidence of use. Diameter: 8.2 cm; height 1.9cm.

“Gall believed that the bumps and uneven geography of the human skull were caused by pressure exerted from the brain underneath. He divided the brain into sections that corresponded to certain behaviors and traits that he called fundamental faculties. This is referred to as localization of function. Gall believed there were 27 fundamental faculties, among them were: recollection of people, mechanical ability, talent for poetry, love of property, and even a murder instinct. Based on the surface of a person’s skull, Gall could make assumptions about that person’s fundamental faculties and therefore their character.”WIKI