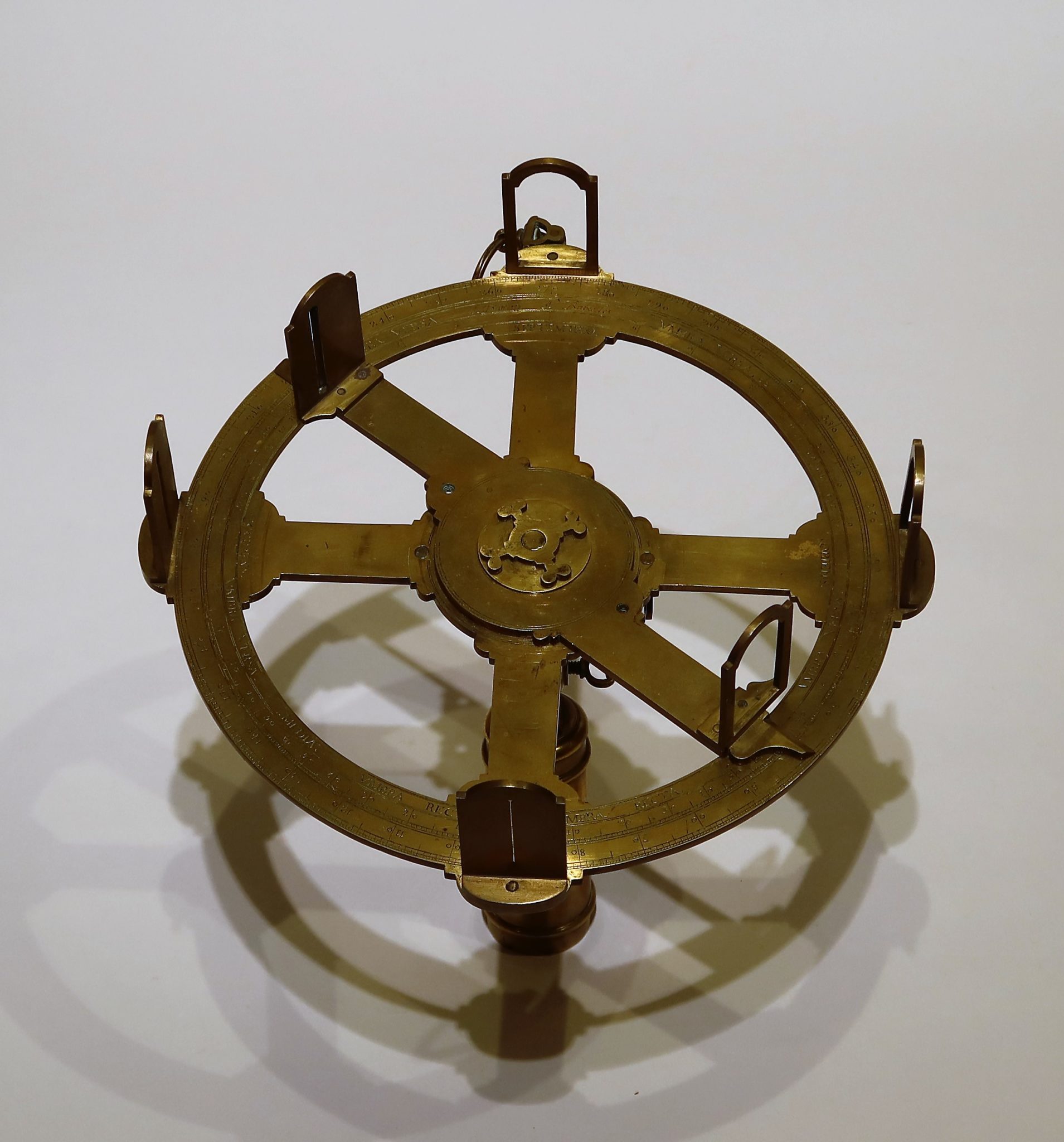 Theodolite signed Damerÿ A Bruxelles made around 1610.

In the form of a Greek cross inscribed in a circle, with four fixed pinnules. On this face, three scales (from outside to inside): for degrees (360°), clockwise starting from the right, numbered every 10°; a shadow square, inscribed VMBRA VERSA twice, and a third scale to construct regular polygons: Polÿgons Interns, Polÿgons Externs, and the signature: L. Damerÿ A Bruxelles.

The inner circle, also inscribed: VMBRA VERSA twice, MEDIA twice and VMBRA RESTA (sic) twice. In the four starts of the cross, the four cardinal points: SEPTEMTRIO, ORIENS, MERIDIES and OCCIDENS. The alidade, with two pinnules, attached to the instrument by a nut in the shape of a Greek cross that is typical of the Coignet workshop in Antwerp. The theodolite is mounted on its fixing ball.

Gemma Frisius was the inventor of this type of surveying instrument to measure horizontal and vertical angles. It is described in his Libellum locorum describandorum ratione (1553), which was included in the German edition of Peter Appian’s Cosmographiae (1st ed., 1529). Michel Coignet* refined the method by adding a tangent rule.

After 37 years in Le Louvre des Antiquaires, the Delalande gallery moved early June 2015 to 35 rue de Lille, 75007 Paris, on the other side of the Seine River in the well known antic shops area "le Carré Rive Gauche".
Our main specialties are, since 1976, Marine and Scientific instruments, Tobacco and Opium objects, Curiosities and Great Canes.
We participate to international antique fairs (TEFAF Maastricht) and are unique partner of the French Maritime Museum.
Eric Delalande is also Administrator of the French Experts National Company (C.N.E.).
Please visit also our two websites, which are frequently updated: www.antiquites-delalande.fr (French) and www.delalande-antiques.com (English). ----------------------------