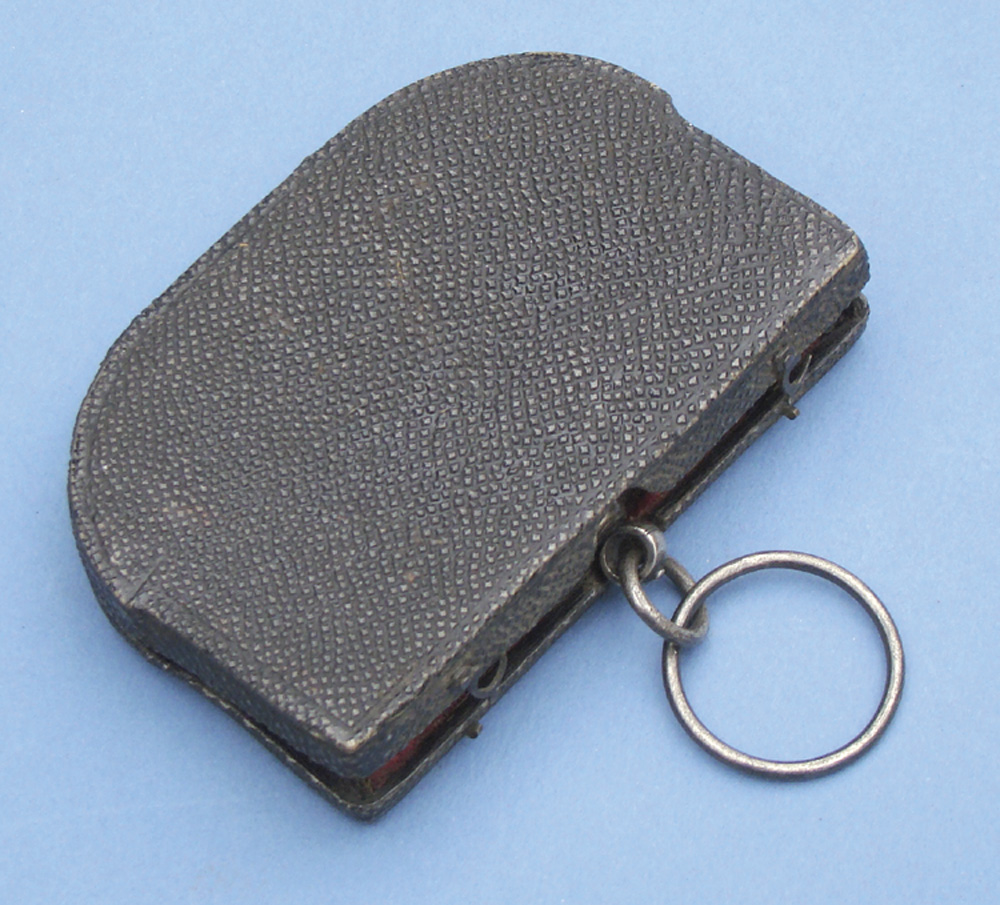 TRANSITIONAL MAGNETISM — AN EXCEPTIONAL SILVER-MOUNTED LODESTONE-LIKE ARTIFICIAL MAGNET, probably English but with Dutch provenance, mid-18th century.  This elegant little device is 2-1/2” (6 cm) wide, constructed with a sandwich of three magnetized flat steel plates, terminal iron armatures concentrating the force at the pole pieces, upper and lower silver mounting plates with scalloped borders (one engraved “N” and “S”), and rotating suspension  mount and twin pendant rings all of silver.  There is a poinçon hallmark in the shape of a fierce animal head stamped on each of the mounting plates and on the large ring.  The magnet retains noticeable magnetism.  The outfit is in excellent condition, complete with the large iron keeper and the wonderful shaped wood case bound in black fishskin and lined in red velvet.  Construction allows the magnet to remain pendant even when completely cased.

The design and construction is just like that for naturally magnetic lodestones of the period, suggesting that this is a particularly early example of artificial permanent magnet.  The first such relatively strong compound magnet was made by the English scientist Servington Savery of Devon (1670 – 1744), who published in 1730, and the first commercial examples were made ten years later by Gowin Knight (1713 – 1772).  Magnetization of the component steel plates or wires was achieved by stroking them with lodestones; proprietary techniques of stroking were developed, by which Knight was able to produce magnets lifting, e.g., 12, 14, even 28 times their own weight (see Andrade, The Early History of the Permanent Magnet, in Endeavor, 1958).

The particular hallmark on the silver parts is interesting, being Dutch and used from 1814 onwards to certify that tax was paid on the precious metal when the object was imported and transited through the Netherlands, or was resold in the Netherlands. $3950.