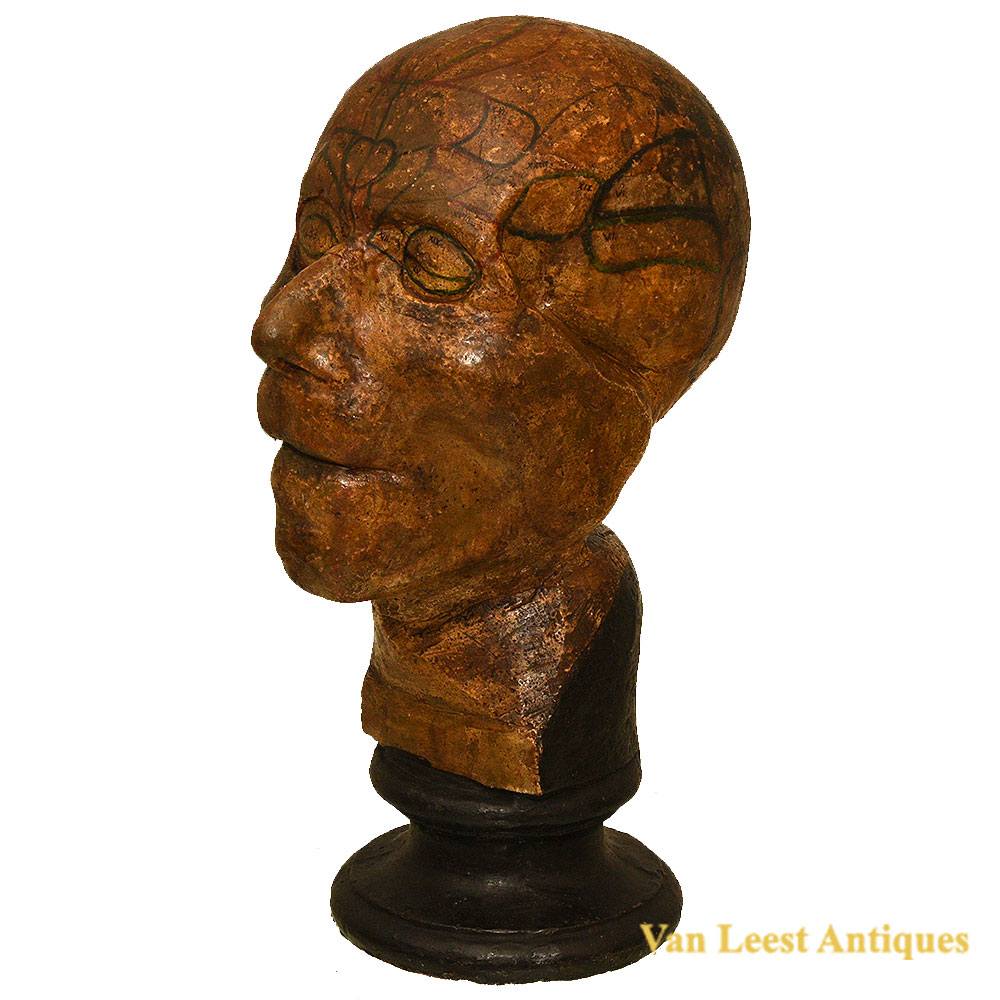 A polychrome phrenology head most probably manufactured by Vasseur. Vasseur was originally a wax model maker in Paris second half of the 19th century. The phrenology section is divided into planes and marked with Roman numerals. In good condition and 36 cm high

Anatomical modelmaker Monsieur Pierre Vasseur worked at No. 9 Rue de l’Ecole de Médecine (Road of the School of Medicine). Monsieur Guy Ainé’s waxworks was located at No. 4 Rue de l’Ecole de Médecine in Paris.  It is not clear whether Ainé’s and Vasseur’s studios existed at the same time.  Vasseur established his waxworks in the mid-19th century, but as an exact date is not known, it could have been slightly later than Ainé’s.  His son-in-law Gustave Tramond joined the firm in the late 1870s, and the studio Vasseur – Tramond became well-known for the quality of their work.