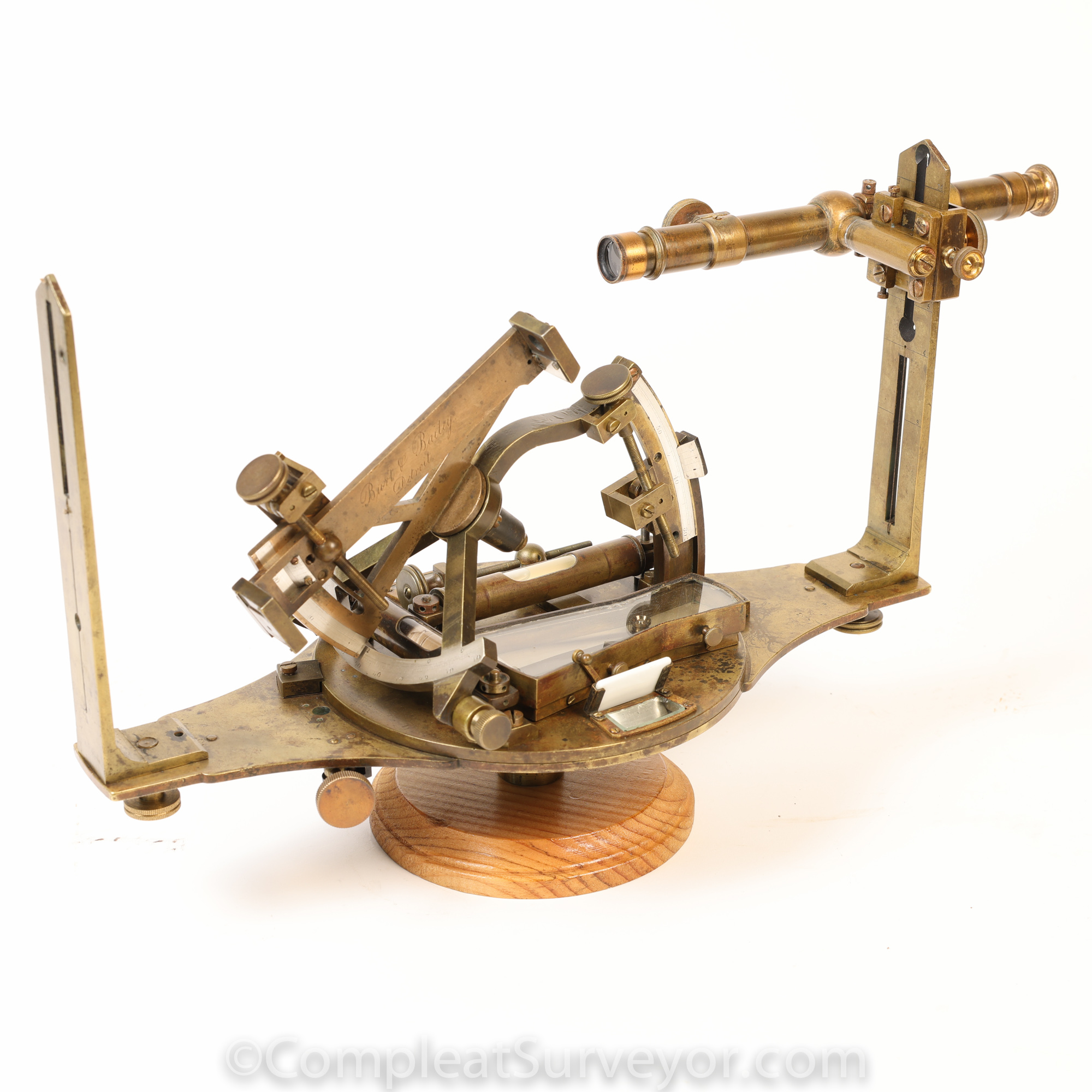 This is a really neat Circa 1854 Burt & Bailey Solar Compass that was almost certainly used to survey Yosemite National Park and San Francisco’s Hatch Hetchy Reservoir.

Burt & Bailey existed for only about 3 years in the mid-1850s, so it was easy to date this Solar Compass. William Burt of course invented the solar compass. Burt & Bailey was formed by two of William Burt’s sons and John Bailey, an instrument maker. You can read more about Burt & Bailey here.

This solar compass likey served a number of west coast surveyors. Oregon and Washington were just opening up in the early 1850s, so many of the solar compasses built went to those 2 states. I’ve seen references to several Burt & Bailey solar compasses in field notes.

The known owner of the solar compass, Drensy Jones, was apparently a colorful Northern California surveyor. Most of Yosemite was surveyed decades before Drenzy’s survey. But the GLO contracted with Drenzy to survey a few parts of Yosemite. Drenszy’s YNP was ill-fated however. The federal government changed the boundary of YNP in the middle of the survey, rendering much of Frenzy’s work moot. And Frenzy apparently has some quality control issues, so part of the remaining survey was rendered unacceptable. But some of Frenzy’s work was accepted and eventually Drenzy was ultimately paid for his YNP work. Some of the disputes over his survey are attached in the pics below.

Following the Yosemite Survey, Frenzy was hired by San Francisco to help acquire and build the Hetch Hetchy Water Reservoir – SF’s main water supply. Frenzy was one of the top surveyors and engineers on the project – a few of the pics attached below give a flavor of Frenzy’s involvement.

Drenzy’s ownership of this solar compass is documented two ways – he was the USDS for Yosemite, and there is a Lietz ownership tag indicating that the solar compass was the property of “Drenzy Jones”. The writing is very faint, but readable, especially the ZY at the end of the first name (which is unique among USDS’s as far as I can tell).