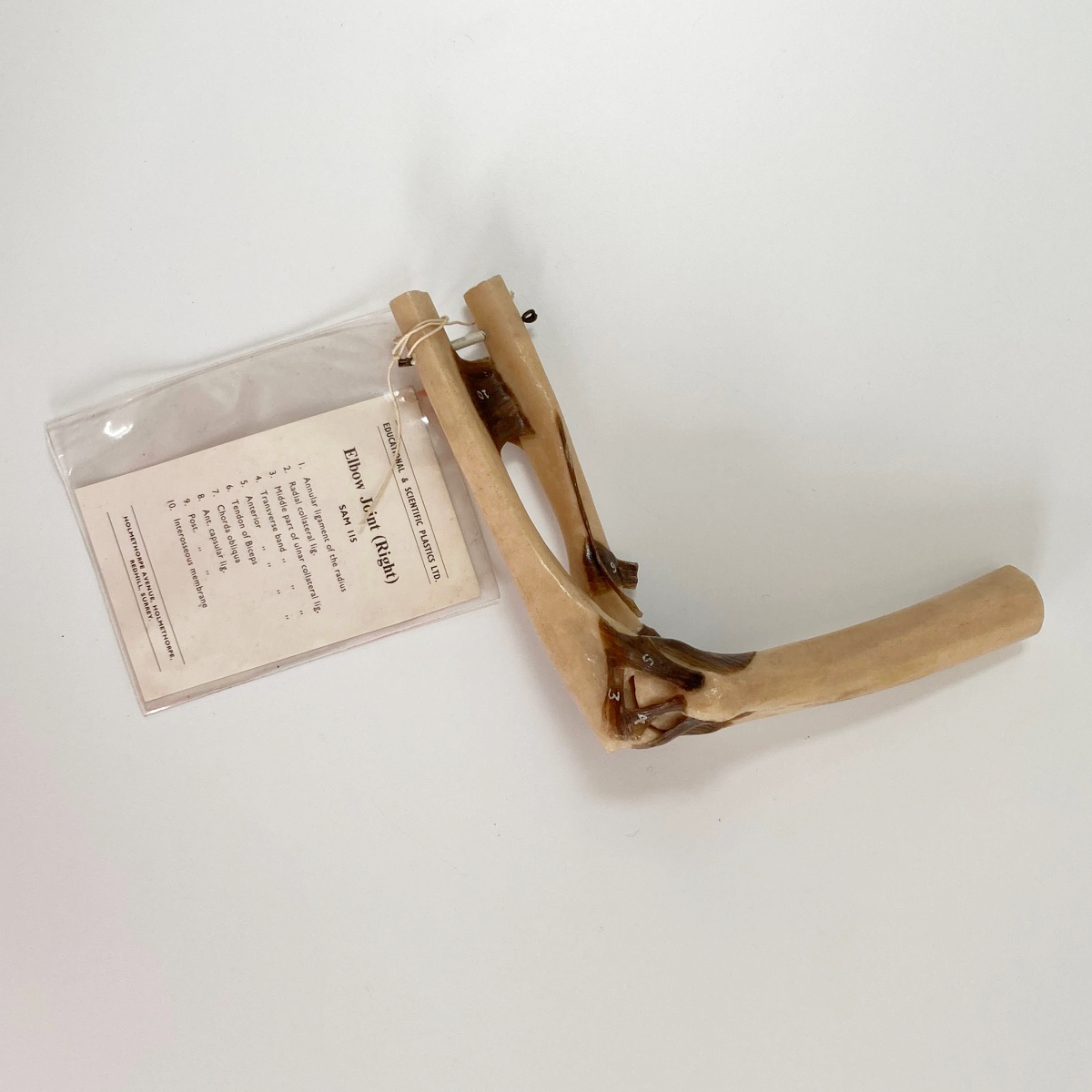 Manufactured entirely from plastic, this model presents an anatomically correct human elbow joint which would have been used by schools or medical schools during the middle part of the century.

The model, measures twenty centimetres in height and width and retains its original plastic folder with explanatory card.

All of the associated numbers are painted onto the model to align with the attached card key and is further reflected in the company’s catalogue of the period.

Evidently from their catalogues, all their models were given a serial code beginning with “Sam”, the name affectionately given to their full, and small scale skeleton models. It further states:

“The company was founded in 1949, at the end of which year it produced the world’s first synthetic skeleton, entirely bone-like in appearance and feel.

In the following year the now well known 26” high miniature skeleton was developed at the request of leading educational authorities for a small size skeleton as a gross anatomy model.”

Prior to World War II, the only anatomical models used for teaching were from the deceased and largely sourced from the Middle East. Given the complexities and ethics involved in that process, The Educational and Scientific Plastics Company quickly became a leading provider of various anatomical models for teaching establishments during the latter half of the Century. Their catalogue also states that they were early providers of the “Breath of Life” resuscitation training models following the adoption of that technique in the early Sixties.

As stated, the company was formed in 1949 and seems to have flourished for next twenty years. I suspect the rise of cheaper and more varied competition was the main reason for their failure and it closed during the mid-Eighties. The company were based in Surrey throughout and most of their later catalogues state an address in Redhill Surrey.