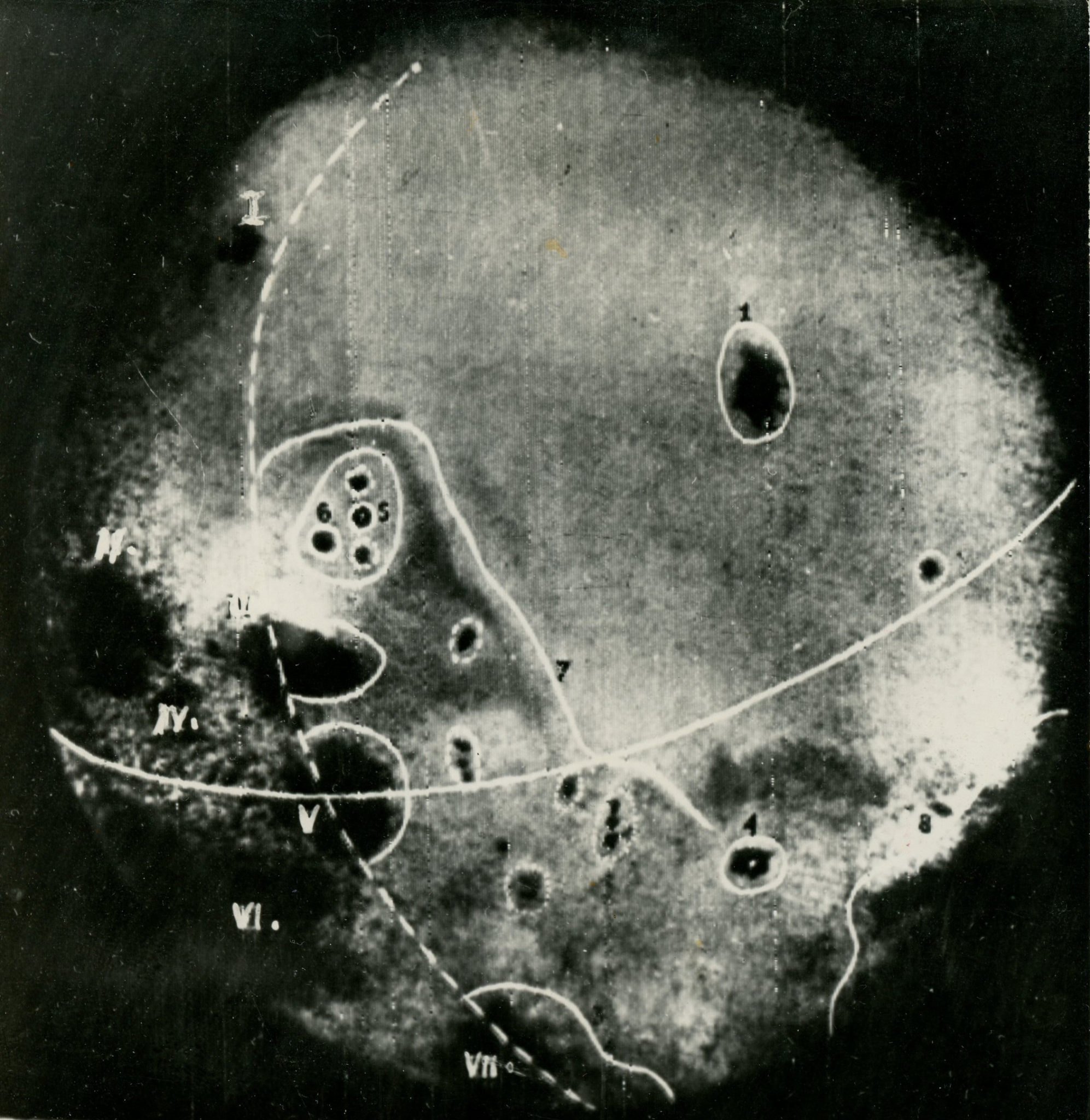 First photograph of the far side of the Moon, 7th October 1959

Taken by a camera mounted to the Luna 3 robotic spacecraft

This is the first full view of the far side of the Moon, taken from the Soviet Luna/Lunik 3 spacecraft on 7th October 1959.

“In October of 1959, the Luna 3 spacecraft launched from the Baikonur Cosmodrome in Kazakhstan. Luna 3 was the third spacecraft to reach the Moon and the first to send back pictures of the Moon’s far side. The pictures were noisy and indistinct, but because the Moon always presents the same face to the Earth, they offered views of a part of the Moon that had never been seen before.

The far side of the Moon is surprisingly different. The most striking difference evident in the Luna 3 pictures is the absence of the large, dark seas of cooled lava, called maria, that cover a substantial fraction of the Earth-facing near side. The far side is instead densely peppered with impact craters of every size and age.”