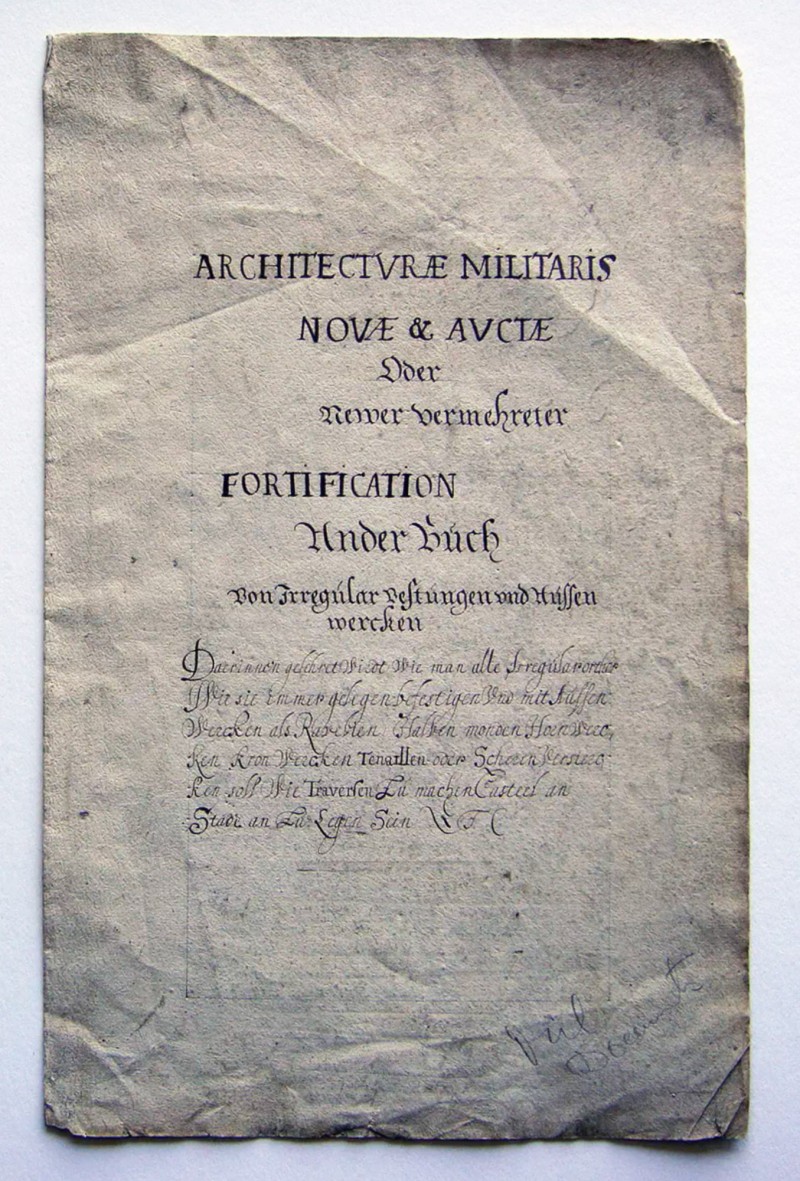 This is the dedication to the second book of Freitag’s treatise, constituting pp. 68–73 of the 1631 Leiden/Elzevier edition. Titled, as in the relevant section of that edition, ‘Architecturae militaris novae & auctae.’, followed by a precis in fine italic script and, overleaf, the dedication itself, in a different hand.

Freitag’s book is one of the most important in the history of fortifications, helping to spread the Dutch system far and wide, and going through eight editions in French and German alone. Freitag himself was a polymath who, in addition to his work in practical mathematics, also studied medicine and published in astronomy and astrology. The present manuscript would appear to be a fair copy, either for the printer or the patron, or perhaps a duplicate to be kept back. The best evidence for the early date and association directly to Freitag comes from the paper itself, which bears an early Angoumois watermark (Fleur-de-lys on a shield, with crown, marked ‘WR’). This French motif was used in the early years of Angoumois paper-making by the Dutch, before they developed their own designs, so an early date would seem likely. We have not been able to locate a sample of Freitag’s handwriting, yet in any case it is likely that the manuscript was written by a scribe. Later editions of the ‘Architectura’ are still obtainable, but the 1631 first is scarce; we have found no record of manuscript material on the market.

Condition is very good: first page somewhat darkened; edges worn, with a very small tear (5mm) worn through at the fold; a couple of flattened creases (but see photographs for a good impression of the overall state).