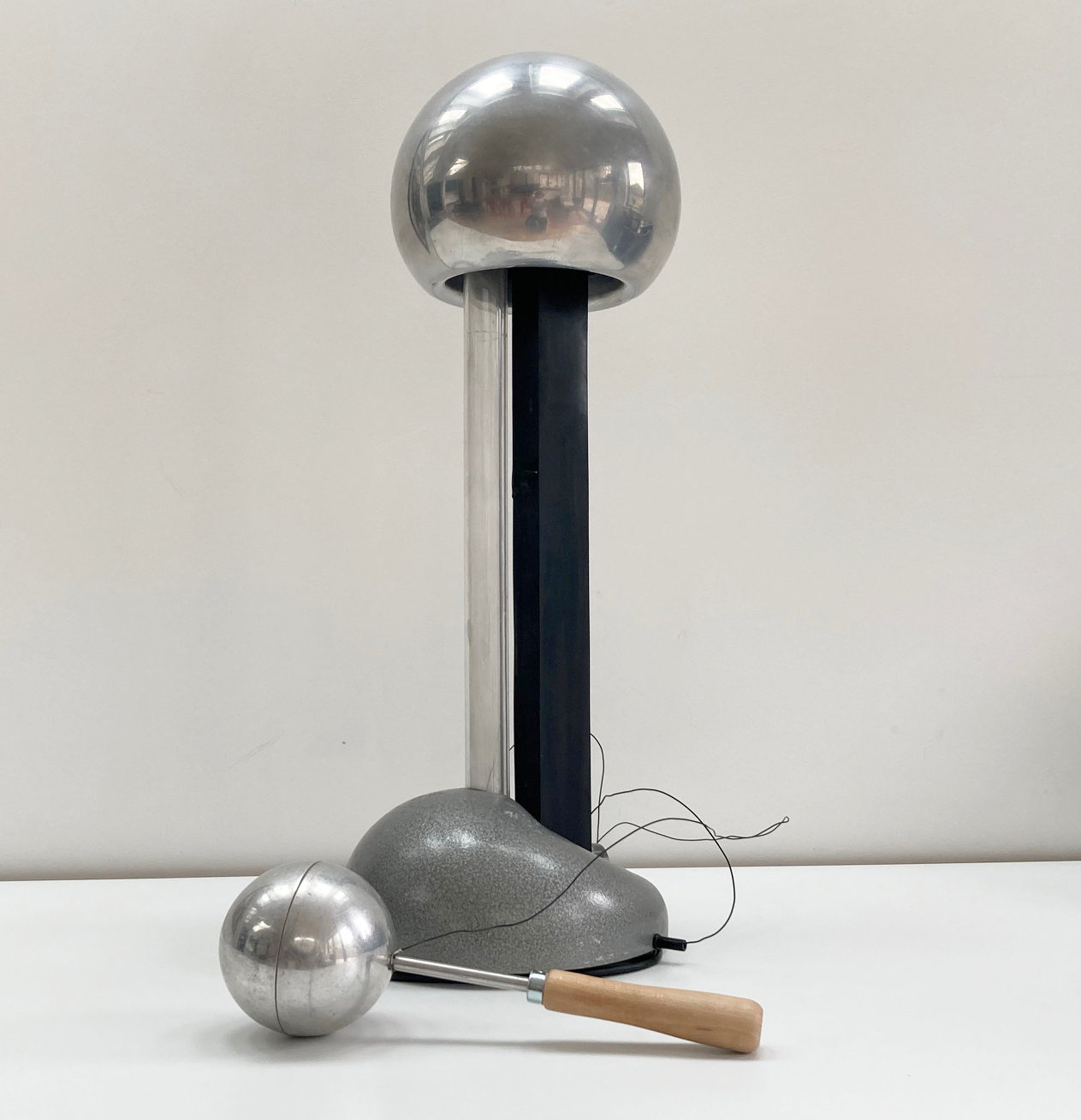 This huge demonstration example is comprised of a galvanised steel domed base with a hollow acrylic shaft which is topped with a galvanised collar and plate which holds a felt pad. At the base and the top plate, a spindle is provided to which a rubber belt is attached and a brush or comb is located at each end. Over the top plate is placed a metal dome which rests upon the felt pad. At the base, a small input point allows for the wand to be attached.

The Van Der Graaff generator works by means of the rubber belt moving over two rollers comprised of differing materials each with a comb, the top one connected to the hood and the bottom one connected to earth. Owing to the different materials of the rollers, the movement of the belt causes the transfer of electrons from one to the other. The bottom roller will be negatively charged and the top positively charged. The excess positive charge is subsequently accumulated on the outer surface of the dome and builds up very large amounts of charge. If a wand was attached to the instrument at this point then the electrons drawn up from the ground would be attracted to the positive charge in the dome and spark would be generated.

The machine continues to operate as intended and generates very lengthy sparks between the dome and the wand during good dry conditions. It measures, 75cms in height and about 27cms in diameter

Sadly there are no manufacturer marks on this piece although it is likely to be English given that the electric motor bears a plate for “Parvalux Electric Motors Ltd, Bournemouth”. The company was formed in 1947 but relocated to Bournemouth in 1957 which also provides some reasonable dating guidance. Parvalux still exists today and continues to provide electric motors to industry.