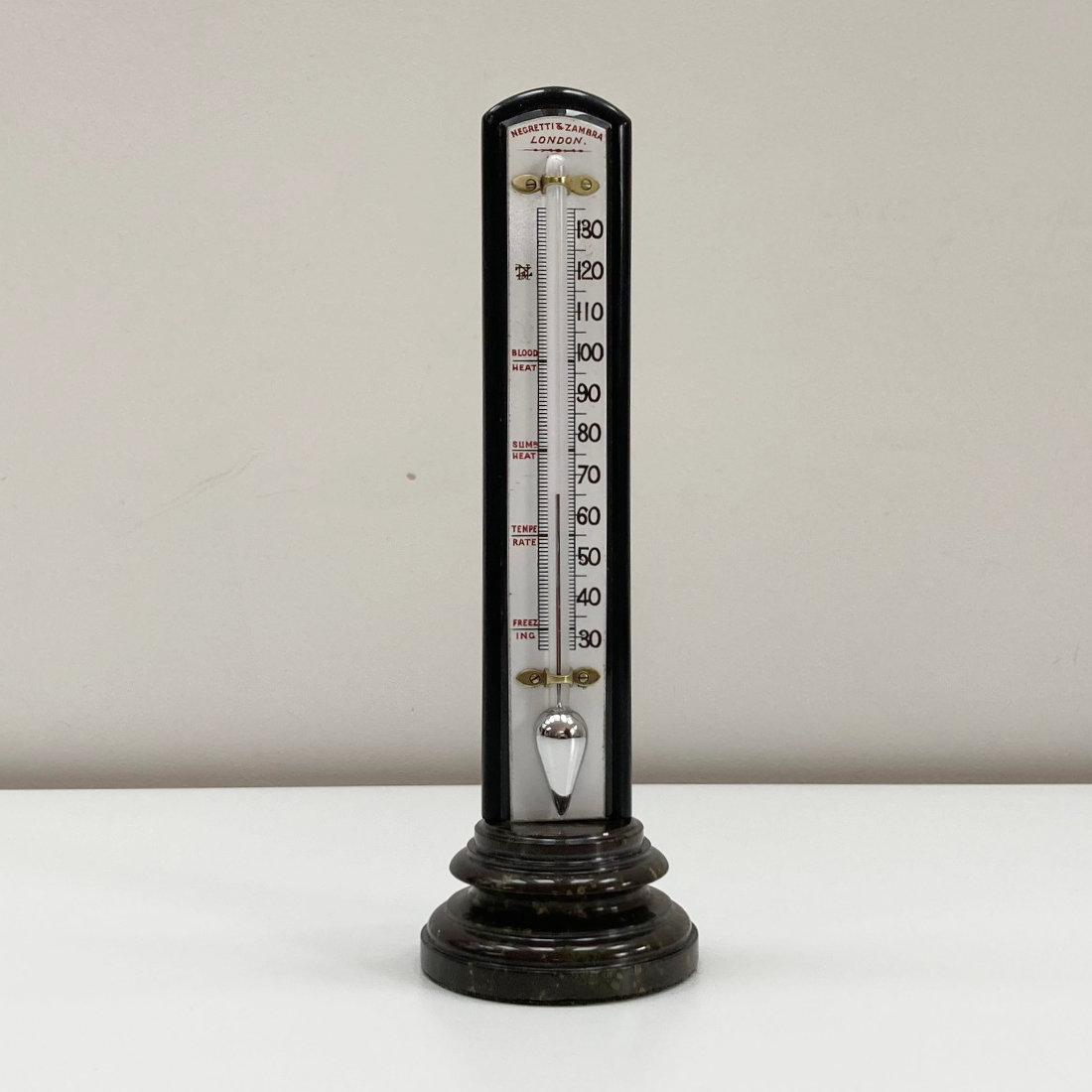 For sale, a large Victorian desk thermometer with serpentine stone base by Negretti & Zambra

This fabulous example is comprised of a graduated and turned serpentine stone base with a black ebonised wooden upright stand affixed to the top. The front face sports a superb opaline glass and painted Fahrenheit scale reading 30 to 130 degrees on the right and with various temperature indicators to the right. The crest of the glass scale is painted in red with Negretti & Zambra, London and the company’s N&Z logo can be seen in black to the left hand-side on the upper scale.

The thermometer is also a delight with a wide bore glass cane providing very clear readings and an unusually large tear drop bulb at the base.

The combination of opaline glass, a robust thermometer, a black gloss finish to the upstand and the serpentine base makes this a stellar example of its type. The addition of Serpentine also being quite an interesting medium given its relationship to the Royal Family at the time. The stone was unwittingly championed by Prince Albert during a visit to the Lizard Peninsula in Cornwall where the stone is most common. An interesting article from the 1880’s by EW Crofts relates that in 1846, Queen Victoria and Prince Albert arrived in Mount’s Bay on their steam yacht, The Victoria & Albert. After landing at Penzance, Prince Albert visited the Geological Society’s Museum where he left with two specimens of serpentine in which he took particular interest.

Following this, a number of enterprising minds formed what became “The London and Penzance Serpentine Company” and in 1851 began to introduce serpentine wares to the metropolis. Another notable manufacturer was The Serpentine Marble Works of Penzance who exhibited everything from vases to fonts at The Great Exhibition and are featured in the Art Journal Illustrated Catalogue of the period. It is perhaps interesting to consider whether this occasion may have prompted the use of such a stone within the Negretti & Zambra product range.