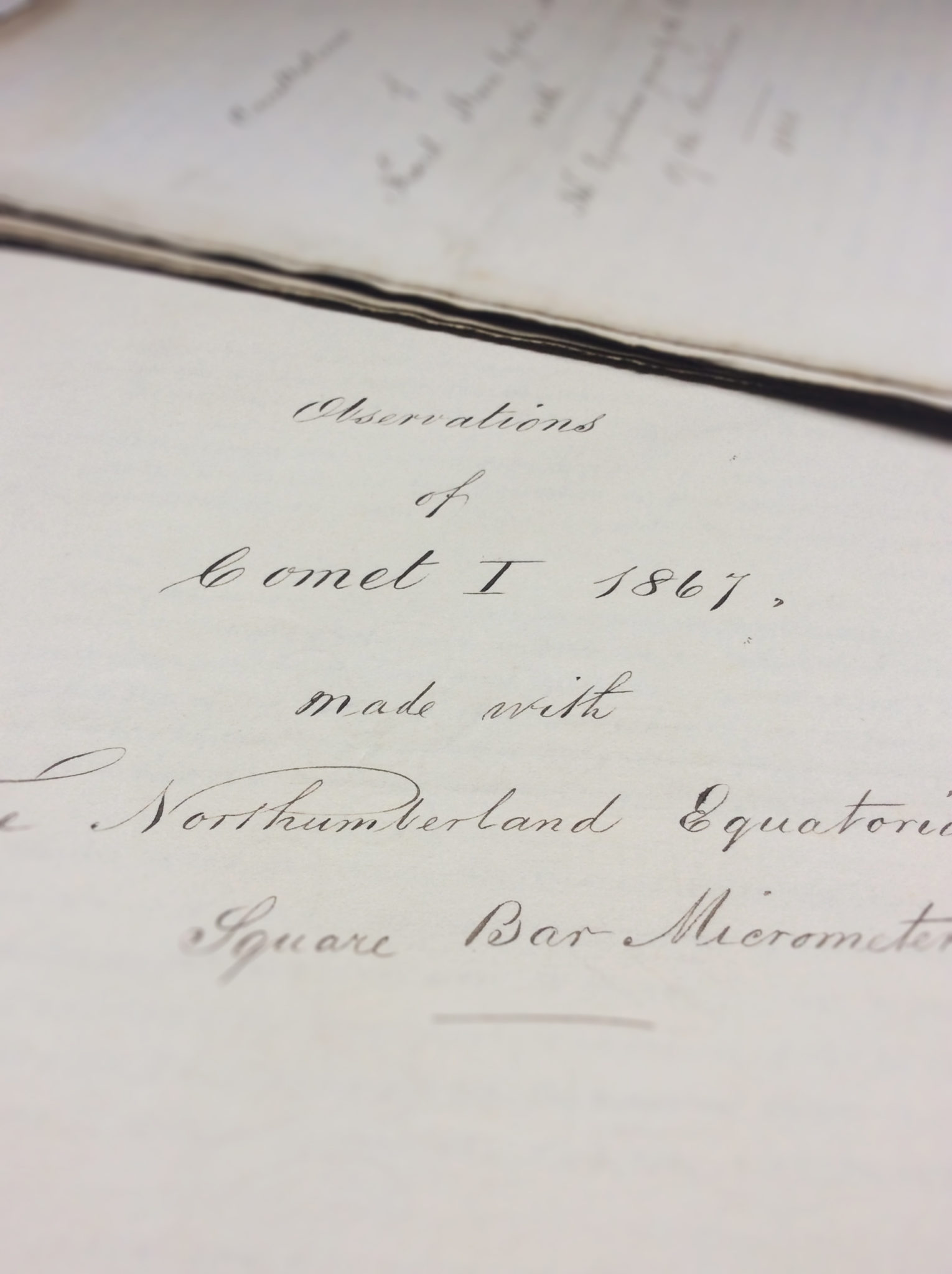 Neptune observed by its discoverer: important astronomical MSS from the Cambridge Observatory (1866/7)

Original fair copies of three sets of observations made under the supervision of John Couch Adams: 'Occultations of the Fixed Stars by the Moon' (1866); a set of measurements of objects in our solar system including details of Neptune (1867); and observations of 'Comet I' (1867)

A set of important original observations taken at the University of Cambridge Observatory in 1866/7, under the superintendence of John Couch Adams. The titles in full are:

1. ‘Occultations of the Fixed Stars by the Moon, with the Equations given by the Calculation of the Occultations’ (1866)

2. ‘Horizontal and Vertical Measures of the Diameter of the Sun and Jupiter Compared with Tabular Diameters: and Right Ascensions and North Polar Distances of the Sun, and the Planets Jupiter, Venus and Neptune, Concluded from Observations with the Transit and Mural Circle, and Compared with the Value in the Nautical Almanac’ (1866)

3. ‘Observations of Comet I 1867, Made with The Northumberland Equatorial, Square Bar Micrometer’ (1867)

These manuscripts are all fair copies, prepared for publication. They eventually appeared in print in 1890 in Volume XXII of the ‘Astronomical observations made at the Observatory of Cambridge’.

They are significant for a number of reasons. The superintendent of the Observatory was John Couch Adams, co-discoverer, in 1846, of the planet Neptune (see MS #2). The telescope used in observations of Comet I was also itself legendary: this was the ‘Northumberland Equatorial’, which is still installed at the Observatory, and was at the time of its construction one of the largest refracting telescopes in the world. The lenses were made by the famous French optician Robert-Aglaé Cauchoix. These observations were largely the work of the Irish astronomer Andrew Graham, and formed part of the ‘Cambridge Zone Catalogue’, itself a small part of the monumental catalogue of stars (‘Astronomische Gesellschaft Katalog’), the third part of which was published as late as 1975.

Provenance is from the papers of Arthur Beer, Cambridge astronomer. Condition: very good, with only minor age-toning to the paper.