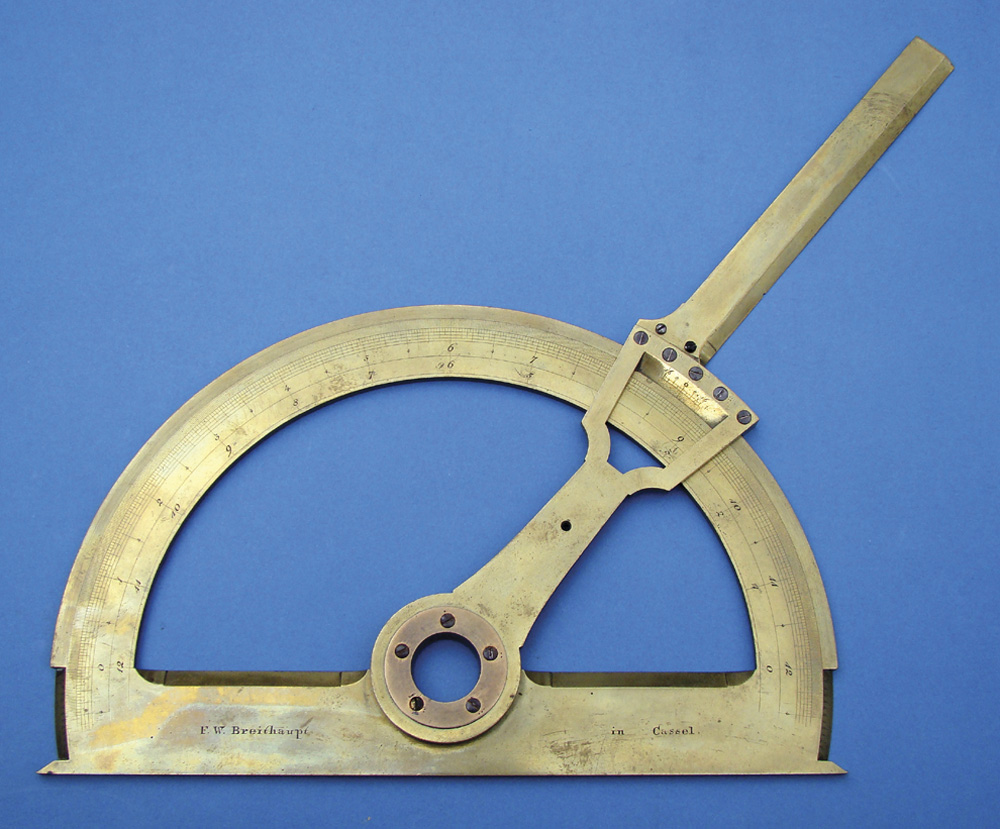 PRECISION PROTRACTOR FROM KASSEL, German, c. late 19th century, signed “F. W. Breithaupt in Cassel,” and measuring 9” (23 cm) wide with a 10-3/8” (26 cm) long rotating alidade.  This substantial protractor is made of brass with steel assembly screws, and has a semicircular scale divided, unusually, into twelve parts (each subtending 15°), each part further divided, along concentric arcs, into halves, quarters, eighths, sixteenths, thirty-seconds, and sixty-fourths.  The alidade, with its beveled arm, has a center-zero vernier reading to a sixteenth part (of the sixty-fourth part of the twelfth part of the semicircle).  Further precision indications can be measured or plotted using two beveled scales extending just beyond the zero points at each end of the semicircular scale, these divided every unit from 0 to 80.  Condition is fine, apparently lacking a little centering target, and a scale magnifier.

Founded in 1762, and thus perhaps “The world’s oldest instrument manufacturer,” the Breithaupt firm continues today as precision maker, managed by the eighth-generation descendant. $1250.