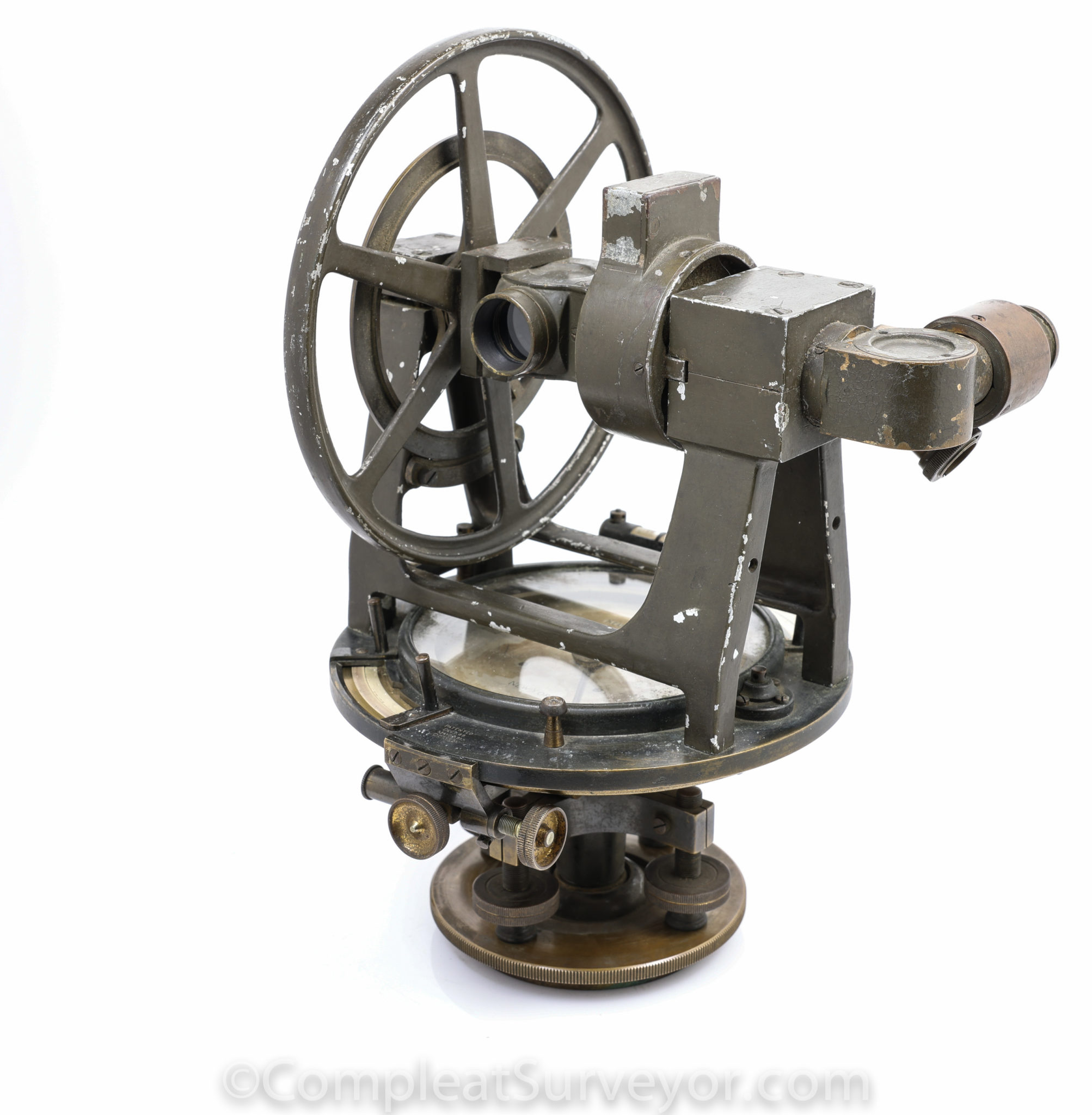 Here is a really interesting instrument.

This instrument started its life as a K&E Transit with serial number 3426, and was likely made in the late 1890s.

I suspect the U.S. Military purchased this transit when new and transferred the transit to Frankford Arsenal, which was the Military’s R&D center back in the day. Frankford Arsenal swapped out the K&E standards and telescope and installed a Frankford Arsenal Panoramic Sight. The sight used the military’s system of mills (6400 mills for a full circle) for vertical sighting. Using the newly configured transit and sight, the user could very closely estimate both distance and bearing of the target. This setup was probably design with artillery in mind.

The quality of the work done by Frankford Arsenal is amazing. When I first saw this instrument, I didn’t know about the Frankfort Arsenal connection. I thought the top half of the transit had to be built and installed by K&E given how nicely everything fit together.

You really should look at the 360 Degree Spinner View – With ZOOM View to appreciate this instrument fully.

The optics on this instrument still work. The scope is relatively clear with a fairly thick crosshair.

The transit could use a good clean-up and oiling. (The leveling screws are hard to turn, for example). The government paint job on the upper half of the instrument is chipping away. Thus, even a good cleaning will only accomplish so much here.

The levels still function. One vernier has its glass cover, the other is missing its cover.

If you are looking to expand your instrument collection with a conversation piece, this K&E – Frankford Arsenal transit checks all the boxes.