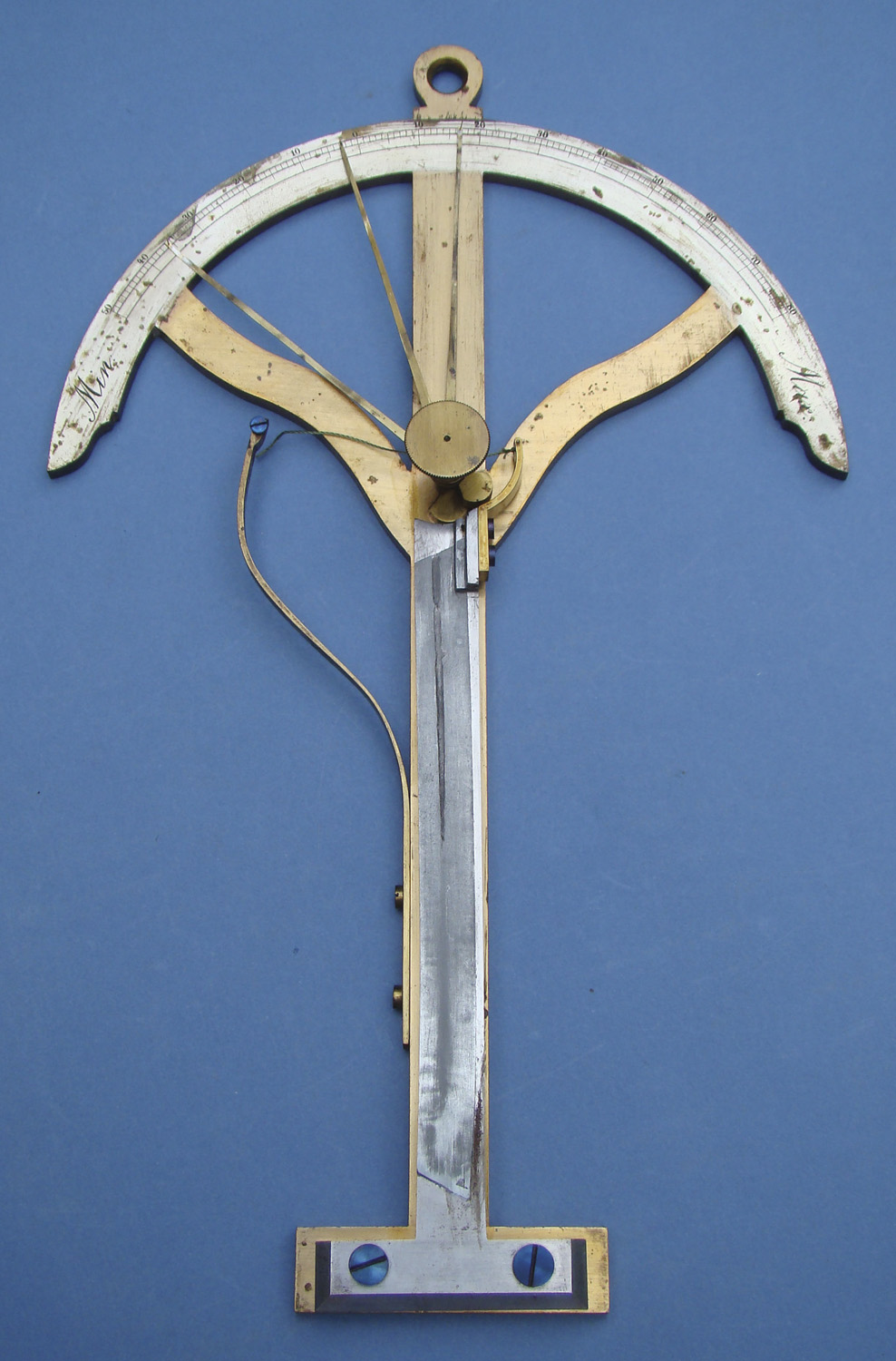 For sale, an antique bimetellic thermometer in functional condition. The instrument consists of two joined metals of different thermal expansion and thus can respond differently to temperature changes and leave a record of the highest and lowest temperatures. Beautifully signed, it is dedicated to German Royalty mid-19th century.

FINE BIMETALLIC THERMOMETER WITH ROYAL PRESENTATION, probably German, c. mid-19th century. Made of clear lacquered and silvered brass, the “gallows” shaped instrument stands 10-7/8″ (28 cm) tall surmounted by suspension / mounting hole. On one side is mounted a long bar of two joined metals of different thermal expansion, the bar bending as the temperature changes. A string is fixed to a brass fitting on one side of this moving bar, the other end fixed to the spring-load on the unmoving main plate. In the middle the string is attached to a long arm pointer, and carries this pointer along as the temperature changes and the string moves. The pointer registers against the circular arc divided every degree from -50 to +80, the scale ends labeled “Min.” and “Max.” Two loose pointers are pushed by the main pointer, thus leaving a record of the highest and lowest temperatures achieved. Condition is very fine and functional.

The other side is plain but for the splendid script engraving “Sr. Grossherzogl. Hoheit dom Prinzen Wilhelm von Baden gewidmet von einem Seiner Kanoniere.” (Dedicated to His Royal Highness Prince William of Baden by one of his artillery men.) Prince William (1829 – 1897) served in the Prussian Army, becoming major and then Commander of the Guard Artillery c. 1860. But in 1866, during the short-lived Austro-Prussian War, he sided with Austria and acknowledged a truce. During the Franco-Prussian War of 1870/71, Wilhelm led some of the 24,000 Prussians who took, lost, and retook Dijon, France in fierce battles.

This is a rare form, in very fine condition, and with a splendid presentation provenance. We have seen one other bimetallic thermometer of this shape, that one in the fabulous collections of the Collegium Maius of the Jagiellonian University in Krakow.