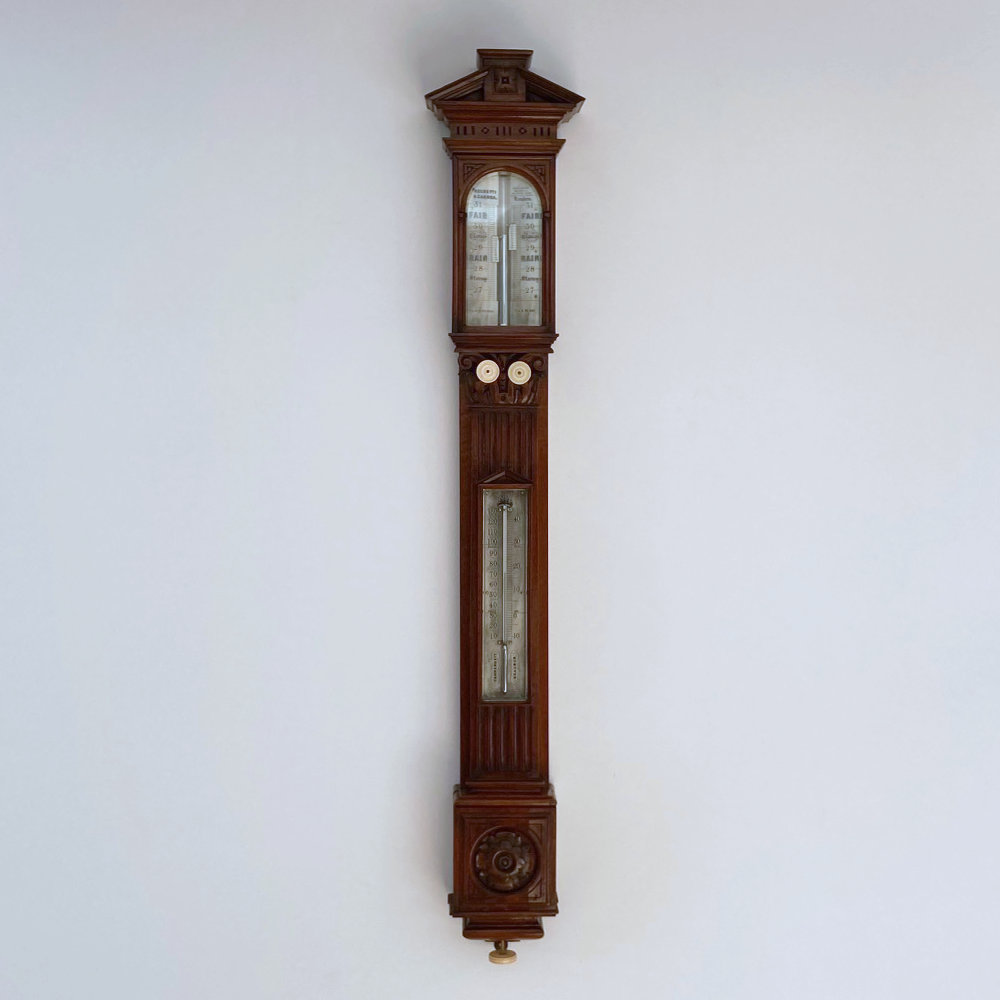 In typical robust style of the period, it is topped with a classical broken arch pediment with a square column and floral rosette filling the centre space. The scale below is framed behind a domed walnut frontage with pillar design each side, floriat carving above and thick bevelled glass.

The two-part inverted scale is divided on each side for 27 to 31 inches of barometric pressure with gothic type weather indications provided at every half inch. Each side also has a sliding Vernier operated by a set key below. The double scale is of course provided so that a measurement can be taken on one day and then act as a comparison for the next. This is evidenced by the engraving at the base of “10am Yesterday” and “10am Today”.

The upper section of the scale is engraved to the makers, Negretti & Zambra with addresses for Hatton Garden, 59 Cornhill, 122 Regent Street and 153 Fleet Street, London. The latter address providing precise dating evidence as the company were only present in Fleet Street for a short time between 1865 & 1873.

The trunk of the barometer is adorned with a raised and fluted classical column which runs its length and is topped with an ornate capital feature onto which the two set keys are placed. The centre of the body is also provided with a walnut and glazed cased thermometer engraved with scales for both Fahrenheit and Reamur measurements. The robust cistern cover below is adorned with a large carved circular flower motif and graduates down to complete with an original travel screw.

A magnificent statement piece and an uncommon design which I have been unable to locate within the catalogues of the period.

If you would like to read a much more detailed account of the company’s history, please feel free to visit the blog page of my website Jason Clarke Antiques.