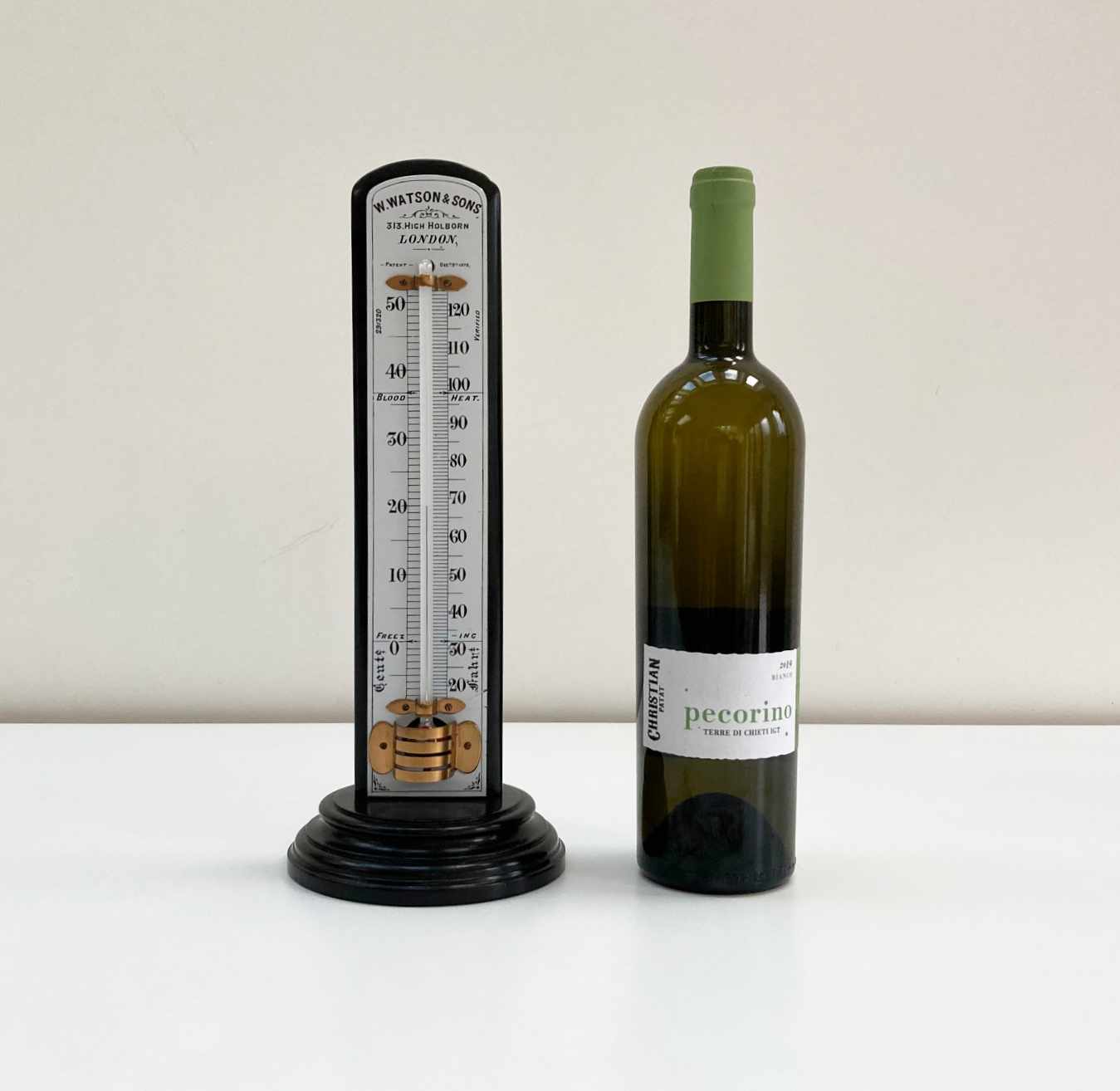 Oustanding design and very unusual for its huge proportions, this superb desk thermometer is comprised of a turned and graduated ebonised wooden base and upstand. To the front of the stand is a fantastic opaline glass and painted scale for both Fahrenheit and Centigrade with the maker’s name to the top, W. Watson & Sons, 313 High Holborn, London and patent registration no: 291320, Dec 9th 1879. The large thermometer is held to the front with two brass stays and a larger protective grill over the bulb.

Probably the largest of its type that I have yet encountered, measuring 33cms high with a base diameter of 13cms and upstand measuring 7cms across.

The thermometer has a small piece of repaired damage to the scale plate which has emanated from where the stay is screwed through the glass front. A common issue with these examples but in no way detracts from it grandeur. A truly fantastic piece.

William Watson started the business in 1837 as a manufacturer of scientific instruments but did not initially produce microscopes. It was not until 1876 that the first microscopes were produced by the firm, by which time it had become W. Watson & Son with the first of his sons joining the family business. It has also moved to the High Holborn address with which it is best associated.

In 1881, William Watson died and shortly after, the business became W. Watson & Sons with the addition of William’s second son. The brothers continued the business and in 1908 it was incorporated as a limited company. It continued under family ownership until 1949 whereafter it was owned in various guises by Philips until it eventual closure in 1981.

Given the company name we can safely assume that although the registered design states 1879, the thermometer must date to a few years after the founder’s death when the sons changed the name to W.Watson & Sons in 1883.