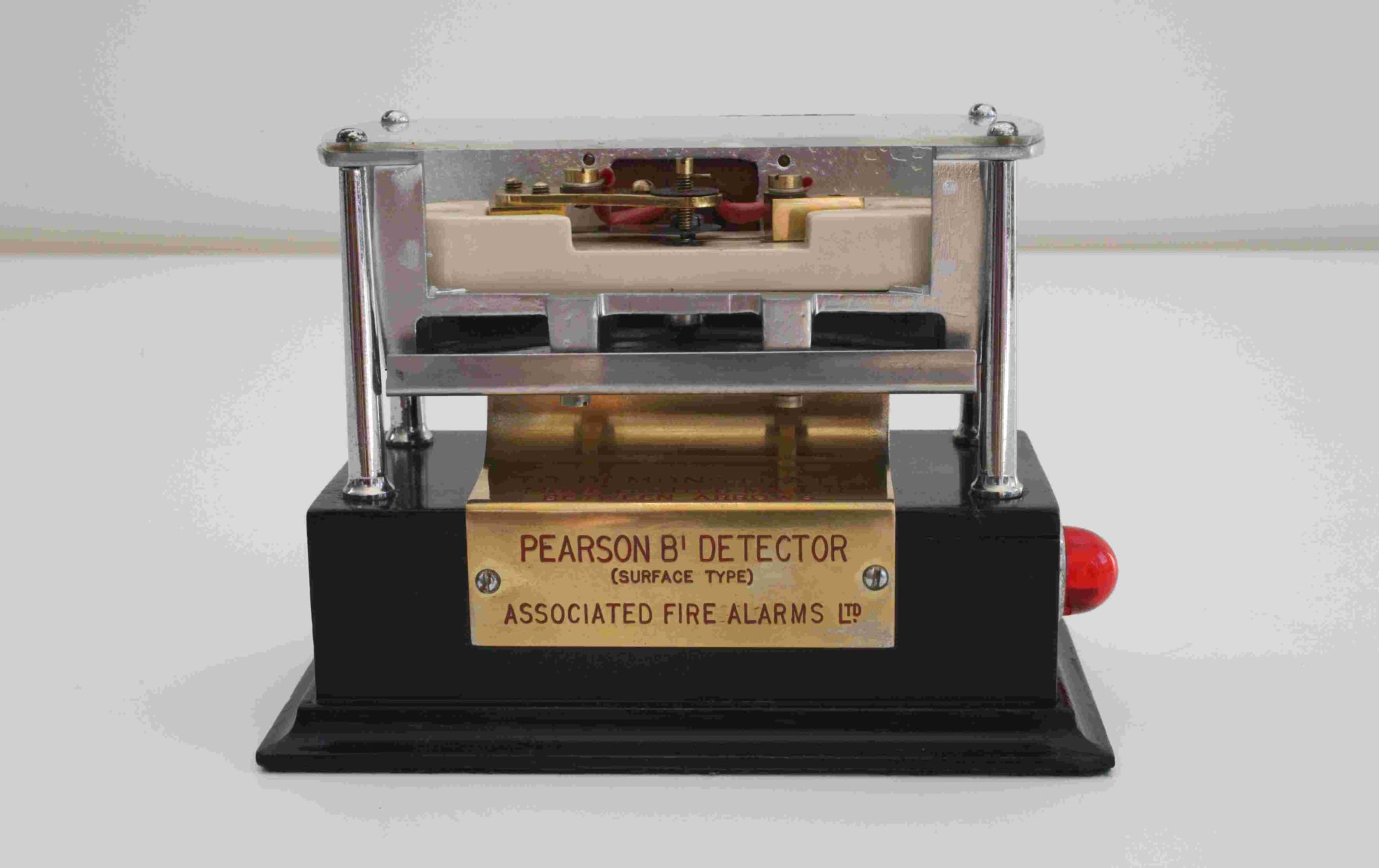 For sale, a salesmans sample of a Pearson’s B1 Fire Detector by Associated Fire Alams Limited.

This interesting piece contains a Pearson’s B1 Fire Detector incorporated onto an ebonised wooden base and suspended by means of four metal pillars. The wiring is fed through the back pillars into the base which acts as a battery compartment. To the side of the base is a red coloured bulb holder.

A brass plaque is fixed to the front of the model directing the user as follows: “To demonstrate, move lighted match between arrows”.  The applied flame heats up the metal contacts and the expansion causes them to move together and create a circuit which in this example will cause the red light to switch on to the side.

An example of this fire detector and its predecessor, the Pearson Type A Fire alarm from circa 1907 are both held in The Science Museum Collection. The company began in 1898 as Pearson Fire Alarm and it was in this period that the A type fire alarm was first developed. In 1911 the company merged with May Oatway Fire Alarm Co to form Asssociated Fire Alarms Limited and owing to the date on the reverse of the sample, this is the period in which the B1 Fire Detector was developed. The merged company was eventually subsumed in 1969 by EMI.

An interesting and functional salesmans piece, the circuit has been overhauled and tested and is in working order.